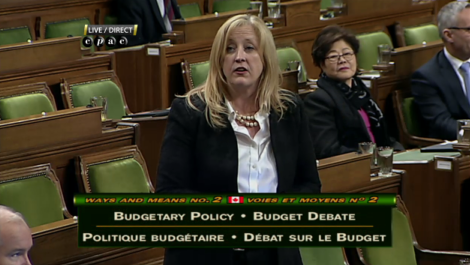 In his speech, CRTC chairman Jean-Pierre Blais outlined that the regulator must make informed decisions based on solid evidence, while taking into account the real and reasonable needs of Canadians, and considering the anticipated outcomes and the market’s ability to adapt.

An earlier CRTC survey shows that at the end of 2014, 96% of Canadians had access to an Internet download speed of at least 5 Mbps. While this is good sign, it also means that there were 4% who didn’t have access to this speed, like the woman mentioned in the CBC News article, whose 11-year-old son needs to take the bus to his grandmother’s house to get online.

But this is only part of the problem: Another CRTC survey shows that 75% of Canadians aren’t satisfied with the price they pay for their home Internet service.

Today, we are starting a three-week hearing to examine the basic telecommunications services that Canadians need to participate in the digital economy. This will be an opportunity for the CRTC to test, challenge and validate the evidence that has been put on the public record. Even if they cannot attend or appear at our hearing, we invite Canadians, including those who follow us on social media, to participate in these discussions through our online forum. This is a way to ensure their views are taken into account as part of our evidence-based process, Blais said.

Open Media will testify at the CRTC hearings and lobby for making affordability a top issue.

On the other hand, Rogers says the $25-per-month price for the Internet plan it offers is “pretty reasonable”. For those who can’t afford it, the carrier and Internet provider has created a program where community housing residents in Ontario, New Brunswick, Newfoundland, and Labrador can apply for subsidized Internet service for $9.99 a month, which has the potential to enable subsidized services for up to 150,000 residents.

But yet again, that’s only one part of Canada. The CRTC hearings will remain open until April 28, and you can submit your comment until then.