Ahead of the public debate over wholesale wireless roaming rates scheduled for next week, the CRTC has published a report that gives us a cross-section view of the Canadian telecommunications industry.

Besides documenting the rapid adoption rate of smartphones and tablets — currently over 62% of Canadians — it also highlights an obvious fact: The majority of wireless subscribers — 90% — are customers of the Big Three.

While the percentage of households subscribing to Internet services changed only 1% upwards, to 80%, in 2013, the number of subscribers with download speeds of 5 Mbps or more was up 5%, to 67%, in 2013. 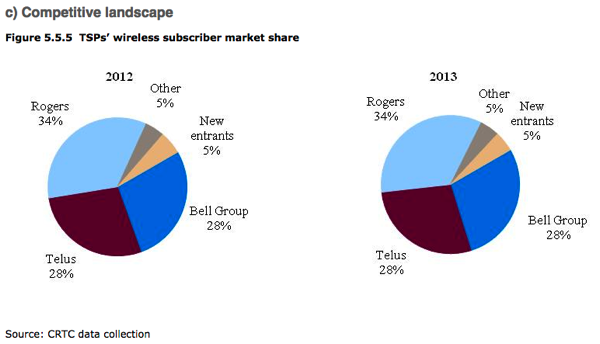 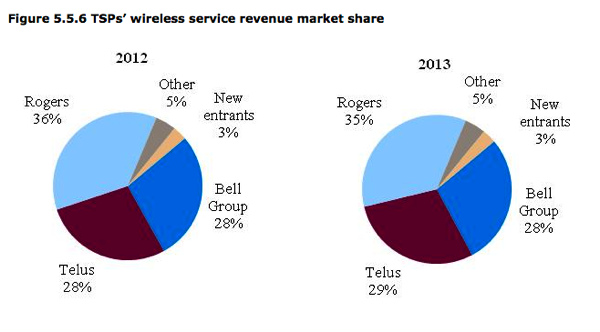 As the report highlights, more and more Canadians are turning to wireless services, and abandoning landlines. The telecommunications industry as a whole recorded a 2% increase compared to the prior year, reaching $44.8 billion in 2013.

The Canadian Radio-television and Telecommunications Commission, the country’s broadcasting and telecommunications regulator, announced on Monday morning its website and phone lines are down for the count, in what appears to be an unscheduled outage. “Please note that our website, its related applications and phone lines are temporarily unavailable, we will update you as soon as […]
Gary Ng
12 hours ago