Fair domestic roaming charges could be the key for a fourth wireless player to emerge. On the heel of the forthcoming federal election (scheduled for next year) Industry Canada may be forced to pay closer attention to these rates, especially now that Quebecor, a potential national player, has emphasized how much importance a fair domestic roaming rate will have on their future expansion plans (via The Globe and Mail). 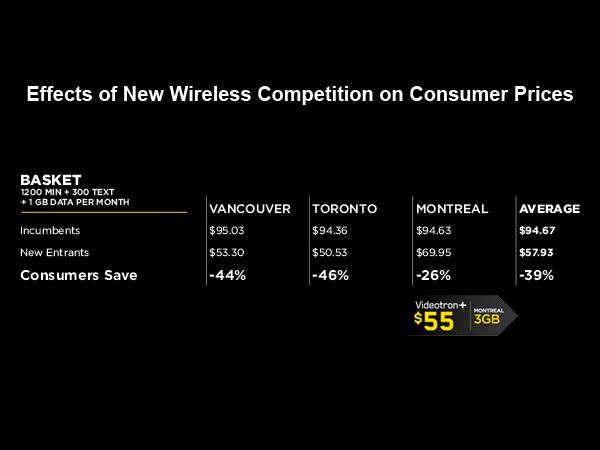 If we consider that Quebecor is the federal government’s solution to the heavily publicized four-carrier policy, Industry Canada may need to pay close attention to the requirements of the emerging company, Barclays Capital Inc. analyst suggests.

“We believe the government continues to view Quebecor as the best made-in-Canada solution to their four-player policy,” he said in a research note Monday, adding that while the Canadian Radio-television and Telecommunications Commission is launching a hearing on wholesale roaming rates on Sept. 29, Ottawa’s stance will hold great sway.

Ottawa has made its move already: it has introduced a bill that caps domestic roaming rates at no more than what they charge retail clients. However, the date this will come into effect is still unknown,

Quebecor has won licences for 700MHz spectrum in key geographic areas, and it is reportedly eyeing the spectrum of Wind Mobile and Mobilicity, though there is no official announcement yet. The player is allegedly ready to invest in a network of its own, but it will still be heavily reliant on the incumbents’ networks; the reason why fair domestic roaming rates are so important.

Rogers's President of Integration, Dean Prevost, accidentally revealed during a Competition Tribunal hearing against Canada's Competition Bureau on Thursday that he is set to receive a $2 million bonus if the company's proposed $26 billion acquisition of Shaw Communications goes through — reports the Hanna Herald. This figure had previously been confidential but slipped out...
Nehal Malik
8 hours ago

Shaw Communications CEO Bradley Shaw told the Competition Tribunal on Wednesday that it was "extremely difficult" for the Shaw family to give up the business and agree to Rogers's proposed $26 billion takeover of the company (via Financial Post). Canada's fourth-largest telecom operator has been a family affair since its inception. Bradley Shaw took over as...
Nehal Malik
11 hours ago