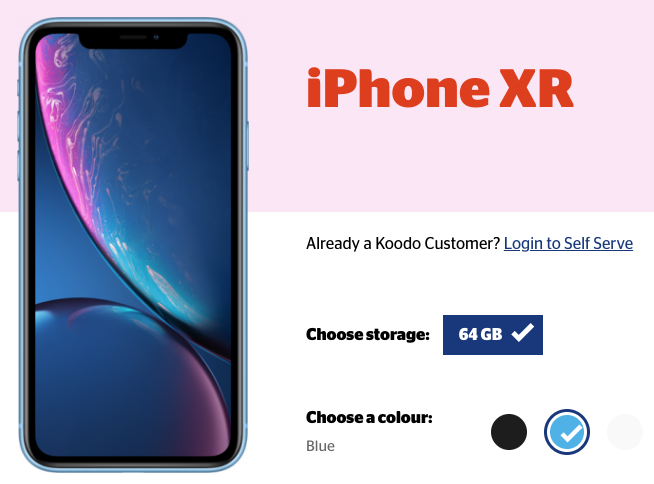 Fido and Koodo are offering up some deals on Apple’s iPhone XR and iPhone 8, with bonus gift cards depending on the retailer where you sign up on a two-year plan.

Do note Apple is expected to announce a successor to the iPhone XR on September 10 at its special event, confirmed today.

Both carriers are also saying you can get the iPhone XR for $0 upfront if you sign a two-year contract with a Tab Large or Large plan, which starts at $95 per month with 10GB data (Fido) or $75/10GB (Koodo).