Last month we saw sub-brands of the Big 3 wireless carriers offer a $50/9GB BYOD plan, but recently new promos have bumped up data for users in Quebec.

Fido, Koodo, Virgin Mobile and Videotron have all added a data bonus to their $55/8GB BYOD, increasing data by 3GB to 11GB total. 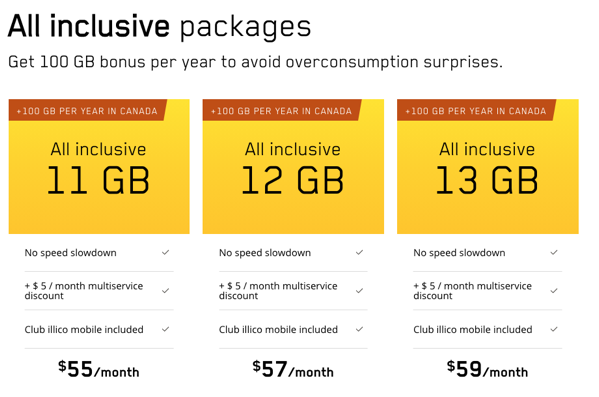 For Videotron customers, all-inclusive plans get a 100GB data bonus per year to avoid overages, and when you take that into consideration, that’s an extra 8.3GB per month, for 19GB total for $55.

With COVID-19 and many people working from home and travelling less, it’s natural for data consumption to drop and Wi-Fi usage to increase. Still, wireless carriers keeping increasing data to get customers to opt for a higher-priced plan.

Fido says its data bonus promo ends on September 30, 2020. But most likely each carrier will again follow each other’s promos to match, should these get extended.