Fido Monthly Plans Updated with Double the Data and $5 Off

just a quick note for Fido users–monthly plans have been updated on their website to include double the data and $5 off the Standard Plans.

So that means the Smart plans (Max Plans) now have 1GB-2GB of data for the various plans. Note the addition of the $55 plan, which did not exist when these new plans were introduced in early August.

Check the changes out below: 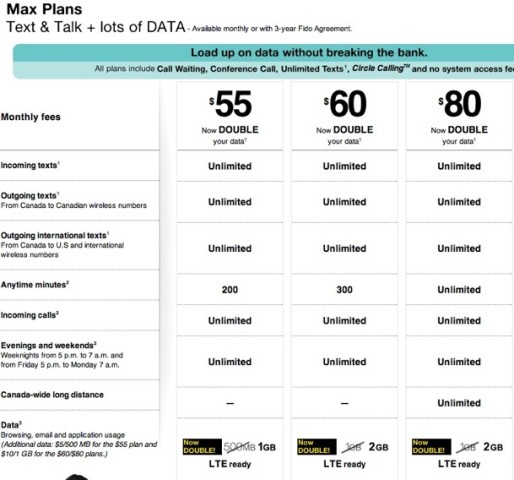 With LTE though, you might be better off going with a 6GB data plan if you’re a heavy user.