Fido has updated their monthly plans this morning and quietly updated their website just a couple hours ago. As for the changes? All plans now include Canada-wide calling, evenings and weekends now start at 6PM (previously this was at 5PM), and caller ID and voicemail are now standard (Rogers added this recently to their plans as well).

You can see the Fido “Price Plan Summary” below we received: 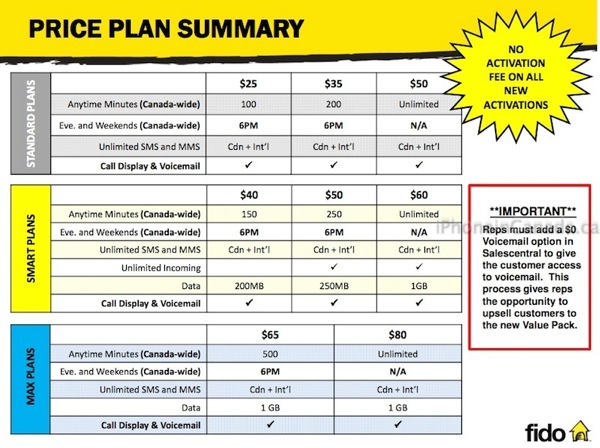 Also, activation fees will be waived on new sign ups, plus new 2-year Fido agreements on Standard plans will have 50% off the first 6 months until March 18th, 2013.