For new and existing Fido users, the company has released a 2G/$25 data plan, with an additional 1GB for $10. According to the fine print, if you exceed your included data you will be charged in $5 increments. 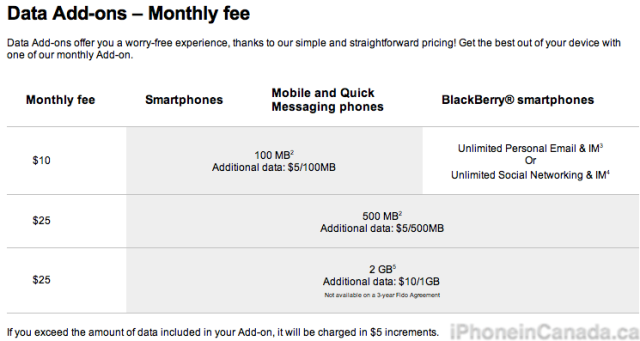 In terms of $/GB, this plan does not beat the coveted 6GB/$30 data plan is currently available from Bell, Telus, and Rogers (expires on Feb 28th).