Last week we told you about Fido’s $67 plan that was eligible for a three year term with the iPhone 5. The plan essentially matched the $56 (formerly $57) promo plan but only had 1000 outgoing Canada-wide minutes.

Well, that has changed as of today. Fido has just modified the plan to include unlimited outgoing Canada-wide minutes instead of just 1000. We were able to confirm the changes with Fido. So below is what the plan looks like now: 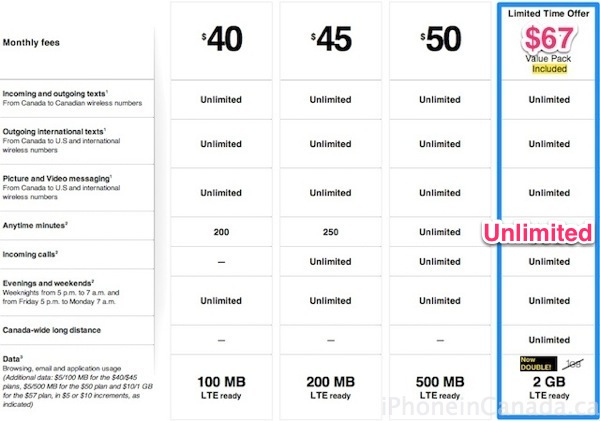 This plan is not advertised on Fido.ca, but is available if you call in and is available on a month to month term or three years for existing subscribers. If you’re already on this plan, you need to call in and make a plan adjustment for the unlimited outgoing minutes (or talk to Fido’s online chat).

Let us know if you’re going to jump on this. No word if we’re going to see this plan drop by a $1…but there’s always wishful thinking right?