We’ve all heard the saying “all good things come to an end”, and this goes for the $7 Fido unlimited data plan. However, in the case of users who were able to surf using non-Fido handsets or tried the IMEI-changing method, the “end” has actually become a nightmare.
Fido customers on this plan using Windows Mobile phones, iPhones and non-Fido handsets have been hit with some monster phone bills. We’re talking in the thousands of dollars here! According to the folks at HowardForums, users have posted about bills being $3000 for data and in extreme cases $20,000! 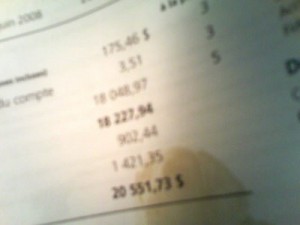 This is pretty shocking how Fido would just charge and bill these people suddenly with such high bill amounts. But the other side of the coin says these people knew the risks they were taking when they signed up for the plan on their non-Fido handsets. I think the saying “I told you so” is being thrown around the forums a lot right now.
This is just a slight warning to all those on the Rogers $7 unlimited plan–you can be sure Rogers will drop the bomb on you sooner or later! Just be careful is all I have to say, because we can learn from this current Fido situation that these companies have begun to get their tracking methods in order. So if you’ve been enjoying your unlimited plan on a non-Rogers handset or have changed your IMEI, don’t be surprised if a monster bill comes your way in the future. You’ve been warned!
Read more at iPhoneUser.ca