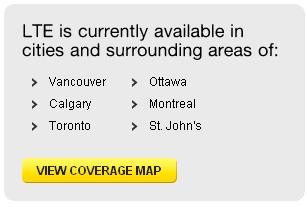 We have excellent news for Fido users, we have just received word that the LTE network has launched in and around the surrounding areas of Vancouver, Calgary, Toronto, Ottawa, Montréal and St. Johns.

Currently Fido only has one device listed with 4G support, which happens to be a 4G hotspot device that allows up to 10 Wi-Fi connections. We will remind you though that the next-generation iPhone is expected to have LTE radio, and the New iPad is carrier unlocked.

Steven Sarfin, senior director of marketing, has information on the pricing:

“Our focus at Fido has always been on providing the best value to our customers. With data plans starting from $10/month, affordable LTE service is a perfect complement to the exclusive FidoADVANTAGE programs like FidoTRADE™, Fido LiveANSWERS™ and FidoDOLLARS™ our customers already enjoy.”

This is exciting, LTE is finally coming to Fido! How many of our readers use Fido as their carrier?