If you currently have an iPhone 4 or iPhone 4S and are looking to upgrade, both Future Shop and Best Buy have some trade-in offers for your old phone towards the new iPhone 5s.

Here are the trade-in values for the gift cards you will receive, which can apply to an iPhone 5s two-year term: 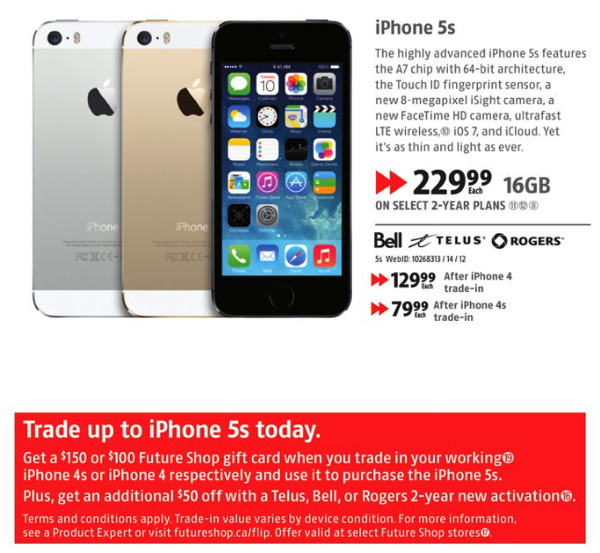 Sure, you can probably get a higher value from selling your old iPhone 4 or iPhone 4S on eBay or Craigslist, but if you ‘ain’t got time for dat’ then this might be a decent deal.
Also, the iPhone 5c is currently on sale too, $99.99 on a 2-year term, which is $30 off. 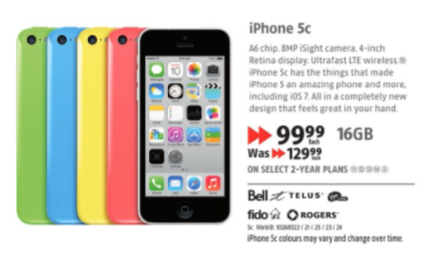 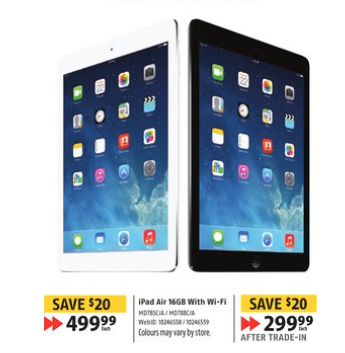 Let us know if you’re going to jump on these offers. The sales start today and go until November 28th.