We’ve been working with nearly 100 different North American carriers to enable this feature — including AT&T, Sprint, T-Mobile, Bell Canada, Rogers, Telus, and many more — and starting today all these integrations are live. So enjoy those incoming pics, say goodbye to fomo (fear of missing out), and stay tuned for more Google Voice messaging improvements! 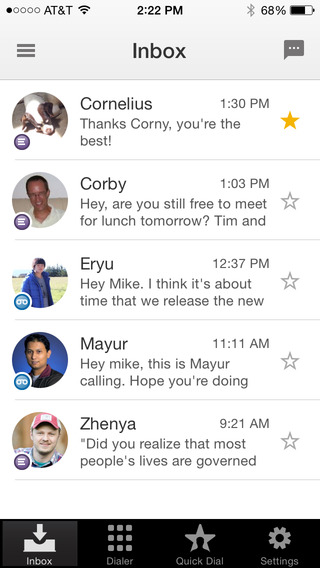 The catch? Google Voice isn’t available officially in Canada as it remains US-only.

Google Voice users get their own number from Google to make and receive calls plus send SMS/MMS messages. Does the addition of MMS support on our incumbent carriers mean Google Voice might head to Canada? Possibly, but as of now there’s no sign it’s coming to Canada.

Google Voice for iOS is currently available for download only in the US App Store. Anyone using Google Voice unofficially in Canada?