Canadians pay the highest wireless bills in the world, multiple studies seem to confirm. The latest is a report issued by the Public Interest Advocacy Centre (PIAC), an Ottawa-based consumer advocacy group. 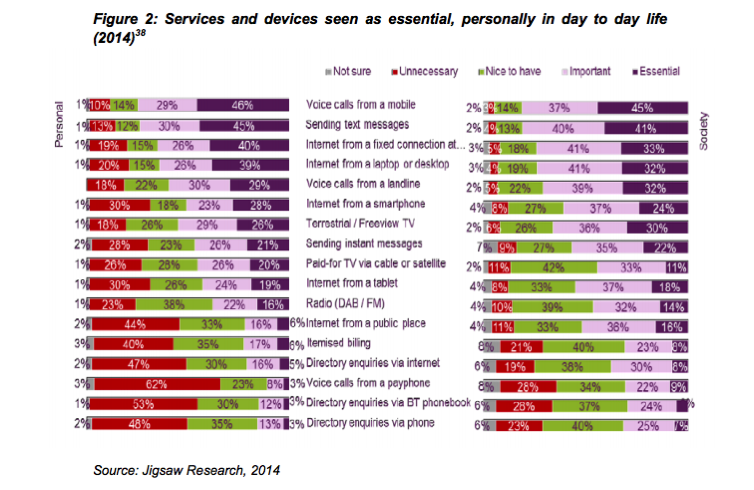 Looking back to 2012, the study reveals that low-income Canadians — with an average income of $17,300 — spent about $1,538 on communication services, representing their fourth-largest expenditure after shelter, transportation, and food.

The study, titled “No Consumer Left Behind,” suggests five things the Canadian regulator should do to address this issue:

• The federal government should amend the Telecommunications, Broadcasting and Radiocommunications Acts to include “affordability” under universal service obligations
• Affordability in such cases should be calculated against other relevant expenditures to ensure Canadians don’t have to cut spending on other essentials
• The requirements should respect consumer control over expenses and choice of services as much as possible
• Any government policy or regulatory initiatives for low-income consumers should be designed with affordability in mind
• The Canadian Radio-television and Telecommunications Commission should conduct yearly research on the affordability of the four major services: landline, cellphone, internet and television

The PIAC isn’t the only one to find that Canadians pay the highest phone bills globally: The Bank of America Merrill Lynch Global Wireless Matrix found the same.

According to that report, Canadians pay an average of $6 more than their US counterparts, where the average phone bill is $50 per month. Europeans, for example, pay much less for a typical package consisting of home phone, wireless, broadband, and TV service: what costs $182 in Canada is $93 in France and $102 in the UK.