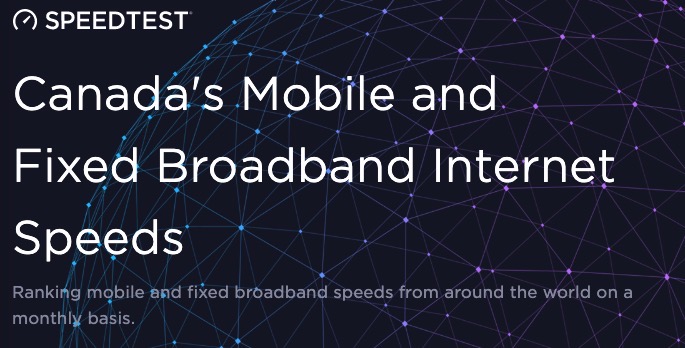 The fastest popular device in Canada was Apple’s iPhone 13 Pro Max, seeing a median download speed of 144.24 Mbps. The iPhone 13 Pro and iPhone 13 followed behind in second and third, respectively, ahead of Samsung’s Galaxy S21+ 5G in fourth spot.

Google devices saw the fastest combined performance in the country during Q4, with a medium download speed of nearly 84 Mbps.

According to Ookla, here are some highlights from the report (emphasis ours):

Rogers reacted to the report with an issued statement, “We are proud that Ookla continues to recognize our network excellence,” said Jorge Fernandes, Chief Technology Officer at Rogers Communications. “We have built incredible momentum through our network investments and as we mark two years since beginning our 5G rollout, our Rogers team will continue to deliver world-class network connectivity to our customers when they need it most.”

When it came to fastest fixed broadband provider speeds, Rogers led in Ontario, New Brunswick and Newfoundland and Labrador, while its wireless network saw the lowest median latency of all national carriers at 24 ms.

The Black Friday plans are rolling out fast and furious for 2022 from flanker brands, Fido, Koodo and Virgin Plus in Ontario. Right now, a popular discounted $30/20GB Black Friday plan for bring your own devices is being offered by all three flanker brands. Originally the plan was available from Koodo with only 15 months […]
Gary Ng
10 hours ago

Rogers, Telus and Bell have launched new Black Friday plans today for bring your own device (BYOD) customers. The Rogers Infinite Essential plan offers 100GB of data for $75 per month (normally $85) with access to the 5G/5G+ network and speeds up to 250 Mbps. Telus is offering an $85 plan with 100GB data at […]
IIC Deals
13 hours ago