iPhone 4 To Hit All Koodo Locations On July 15

Last month, Koodo, a wireless subsidiary of Telus, added the iPhone 4 to their device lineup. At the time, the iPhone 4 was only available to a select number of Koodo stores across Vancouver and Toronto.

This week, Koodo has posted to their website that the iPhone 4 will be available at all Koodo locations on July 15 2011.

If you’ve been looking for an iPhone 4 with Koodo service, a location near you should have it next week. 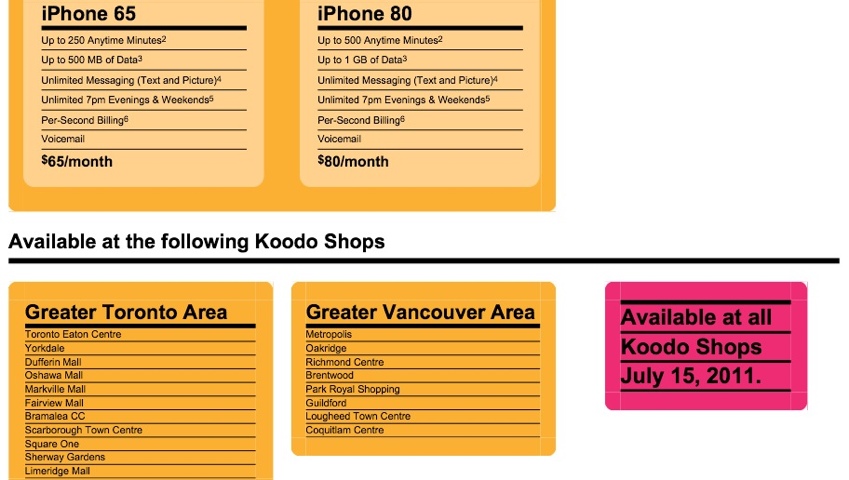 Here are the latest Canadian cellphone plan and device deals, plus other promos from wireless carriers such as Rogers, Telus and Bell, from our partner PlanHub. As always, the promos may change at the last minute, but here they are as of Wednesday, February 1, 2023. Check them out below… Bell Noticeable price changes: Samsung Galaxy S23 […]
IIC Deals
4 hours ago