What is iPhone X Carrier Pricing in Canada Going to Cost?

While we know the outright pricing for iPhone X, starting at $1319 CAD for 64GB and $1529 for 256GB, but what prices will Canadians see from our wireless carriers? The Globe and Mail reports (paywall) on how our ‘Big 3’ carriers will try to sell a $1300 iPhone to consumers.

There’s only so much carriers can subsidize, so the up front cost of the iPhone X will surely increase for Canadians. With rising premium iPhone costs, carriers have recently offered higher price tiers on contract, offering customers to pay an additional $10 per month or so to lower up front device costs by around $200 or so.

Bell CEO George Cope told the Globe before the Apple event yesterday, “I think the challenge obviously will just be, based on the product price we’re all hearing … that will be the test to what the upgrade pace is,” referring to how an expensive iPhone X could deter upgrades.

The carrier was part of the Apple Watch Series 3 cellular presentation—with its logo shown on stage as the first Canadian carrier to support LTE for the wearable. Blaik Kirby, president of BCE Bell Mobility division, was in attendance at the Steve Jobs Theater at Apple Park.

Kirby told the Globe in an interview, “We have a lot of customers who buy the larger memory-size devices and actually want the best iPhone. We refer to them as ‘fanatics’ and they tend to upgrade pretty aggressively in the first 30 to 90 days of a new device.”

He added he’s confident there will be a “pretty robust upgrade cycle,” noting there weren’t a lot of iOS switchers to Android, due to Apple’s “incredible loyalty.” The head of Bell Mobility said they were not sure what Apple would charge them or other carriers for iPhone X, but he noted the strengthening Canadian dollar could play a positive role in determining subsidies.

If you don’t need the latest and greatest iPhone now, wait a year for price drops, as that’s what some customers do, according to Kirby. 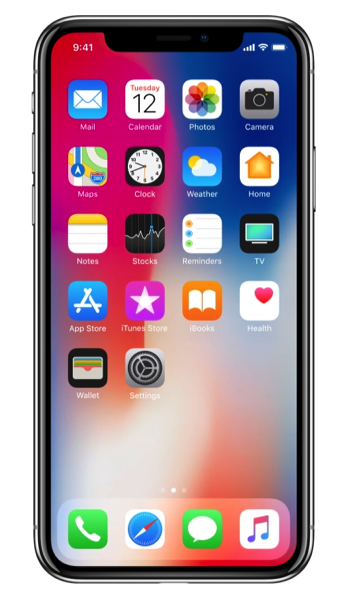 So what will iPhone X cost on contract in Canada? Let’s take a look at iPhone 7 and iPhone 7 Plus pricing last year from Rogers, Telus and Bell to compare, for example (unlocked pricing in brackets):

This year, if we go by last year’s subsidy percentages, we could take a guess at what iPhone X carrier pricing could cost on contract, based on the highest subsidy on the $1309 iPhone 7 Plus 256GB from last year:

The Samsung Galaxy Note 8 ($1299 outright) on contract from Rogers ranges from $549 to $899 up front, depending on the subsidy you choose, with plan prices from $85, $95 and $105 per month for the 3GB data plan with unlimited Canada-wide calling (Share Everything plans). Of course, Samsung pricing depends on how much they are actually charging Rogers, so this is a loosely based example, on what the subsidy is on a $1300 smartphone.

What do you think iPhone X will cost on Canadian carrier pricing on contract? iPhone X pre-orders kick off October 27, with the launch on November 3rd.

Bell Canada today announced its unaudited financial results for the fourth quarter and full year ended December 31, 2022. For its wireless business, Bell reported $2.666 billion in operating revenue for Q4, an increase of 7.7% year-over-year. The company also beat its Q3 2022 wireless revenue of $2.466 billion. For 2022 as a whole, Bell...
Nehal Malik
13 hours ago