“Customers are increasingly looking for flexibility in how they use their services; today, this means connecting to TV or video on tablets and smartphones, in addition to traditional access,” said Adrian Chung, account director at J.D. Power. “The ability to access content anywhere, anytime via multiple devices and locations represents a perceived value-add to new and existing subscriptions, which positively impacts both the customer experience and loyalty toward service providers.”

As the press release points out, Vidéotron ranked highest in the customer satisfaction survey with 757 in both sections – television and Internet – followed by Shaw, with a score of 703 and Cogeco with 698.

In the West region, SaskTel achieved an overall score of 720 among television customers, and was followed by MTS with 698, while Telus ranked third with a score of 688. In terms of Internet satisfaction, SaskTel received the highest score, 690, followed by Telus in second spot with 667.

Among the above, the J.D. Power surveys found that 45% of Canadians watch television on additional devices such as laptops, tablets, and smartphones, up from 42% recorded in 2013. Compared to US customers, Canadians seem to be less likely to watch video content on tablets (only 16% compared to 21% of US customers), while viewing on laptops and desktops is more common than in the neighboring country: 35% in Canada vs. 31% in the US. 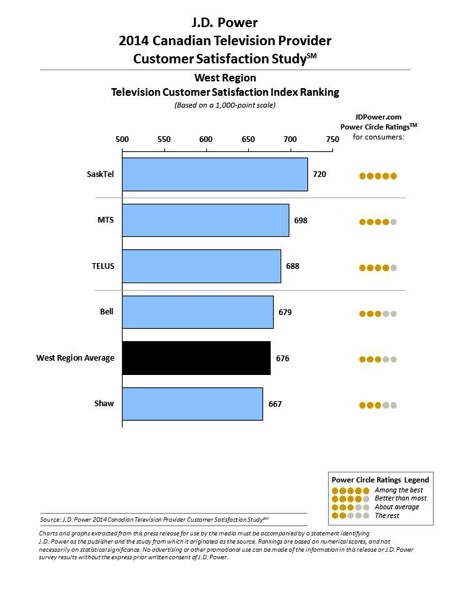 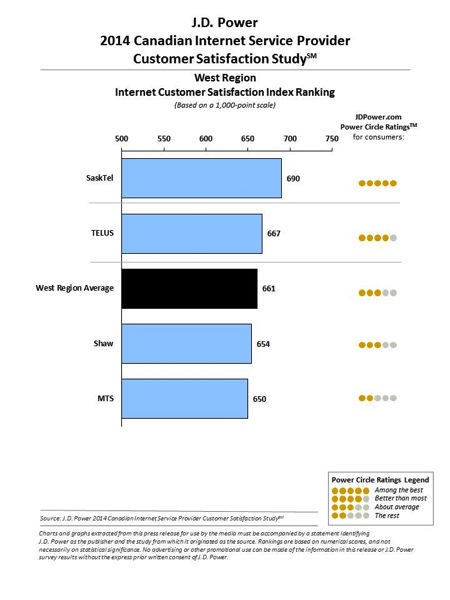 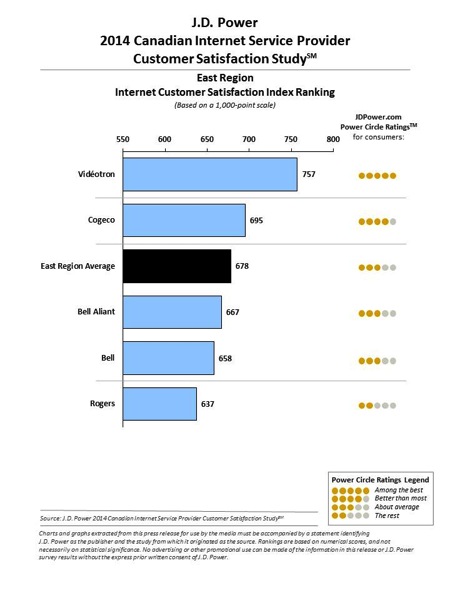