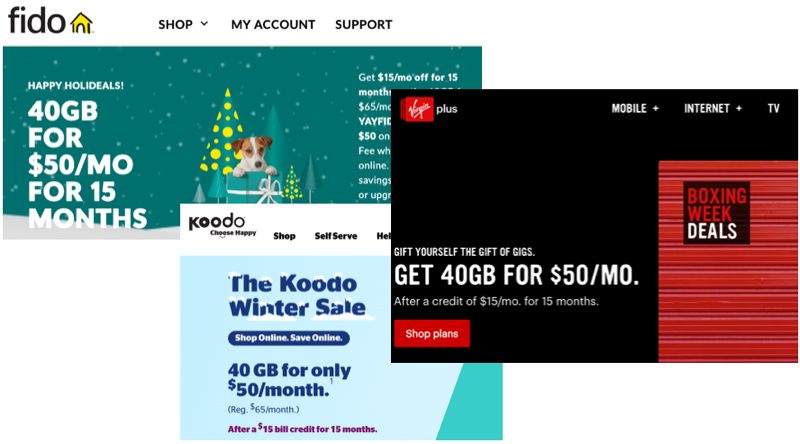 The advertised early Boxing Day plan of 2022 from Koodo, Fido and Virgin Plus is a $50/month plan with 40GB of data, but only for 15 months.

This plan is regularly $65 per month but there are $15/month credits for 15 months. So the deal isn’t forever and customers will need to find the next best deal in just over a year.

Compare this to Black Friday, when we saw flanker brands offer a $45/month plan with 50GB of data with 24 months of bill credits. Koodo, Virgin and Fido also tossed in a free iPhone 11.

It’s unclear if new unadvertised Boxing Day plans may pop up at dealers on December 26, but for now, what we’re seeing is this $50/40GB plan.

Telus-owned prepaid brand Public Mobile is offering up a $50/50GB plan, but only in Quebec.