Koodo, Virgin and Fido have decided to launch a simultaneous double the data promo on their $40 and $50 BYOD plans, which means both now come with 1GB and 2GB data, respectively.

These plans include 500 anytime minutes and also unlimited Canada-wide calling for evenings and weekends starting at 5pm, with all the usual extras. 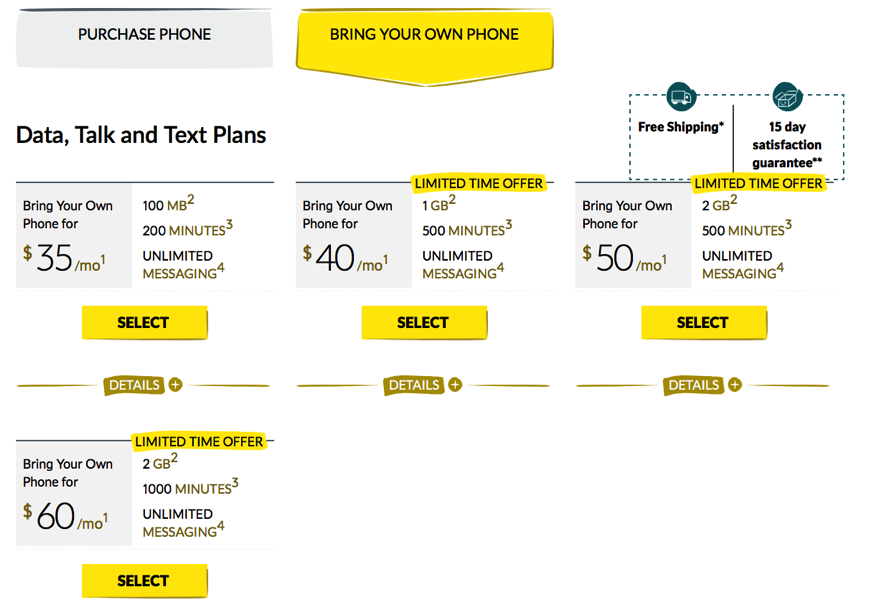 Essentially, if you’re on an older plan, call in and switch to one of these promo plans. While Virgin says these “limited time offers” are limited to new activations, Fido and Koodo users can call in today and switch to the promo plans.

Thanks to texting and VoIP calls, the $50/2GB plan looks to be a ‘warmer’ deal price-wise compared to the unlimited nationwide $56/2GB plan from a few years back, despite only having 500 daytime minutes (works out to 25 minutes per weekday).

But data overages are charged double at $5/250MB versus $10/1GB, so that’s something to think about before switching. You’ll need to decide if saving $6 per month is worth it to lose your unlimited daytime minutes, plus pay higher data overages. Of course, the moment you switch, that’s when you’ll end up using voice minutes during the day #murphyslaw.

Earlier this month, Fido launched this exact same promo, but now it has returned in what appears to be an early back-to-school (or summer) promo. Let us know if you’re going to call in and switch plans!