When it comes to online customer experience, Canadian carriers seem to be working hard on improving it, and the results are visible, according to the J.D. Power 2017 Canadian Wireless Purchase Experience Study released today.

When it comes to the carrier with the highest customer satisfaction rate, Virgin Mobile and Koodo Mobile have dethroned SaskTel this year. Both Koodo and Virgin got an overall score of 812 points out of 1,000 in the J.D. Power study, followed by Videotron with 802 points. Freedom Mobile ranked fourth with an overall score of 793.

Apparently, age isn’t a barrier to online purchases: Canadians in all age brackets are more likely to have made an online purchase compared with a year ago, the study notes.

The Canadian Wireless Purchase Experience Study was fielded between September/October 2016 and March 2017, and it is based on responses from 6,705 wireless customers. 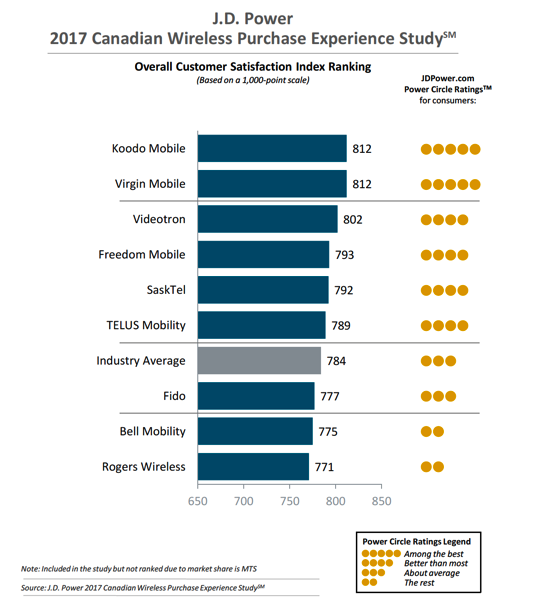 Rogers and Shaw today announced an extension of their proposed $26 billion merger, along with the sale of Shaw-owned Freedom Mobile to Quebecor’s Vidéotron in a side deal that's part of the broader transaction, to February 17, 2023. "All parties remain committed to the pro-competitive transactions, which will deliver significant benefits to Canada and Canadian...
Nehal Malik
10 hours ago