The Late Show with David Letterman aired its last and final show on May 20, marking the end of the comic’s 22 years on CBS. Unfortunately for some Rogers and Shaw cable TV subscribers, simultaneous substitutions (simsubs) cut off the final minutes of the show, which make viewers so angry they have written complaints to the CRTC. 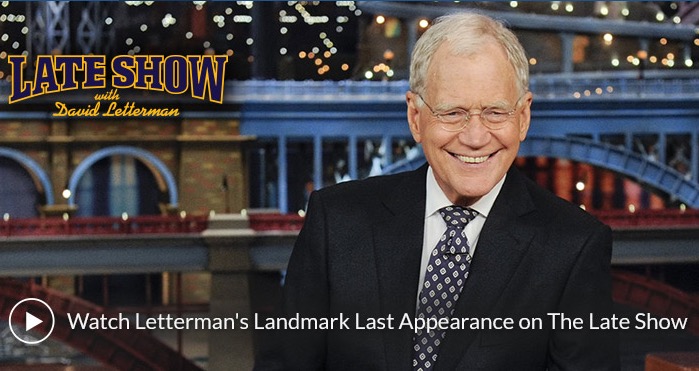 The CRTC has written to Shaw’s VP of Regulatory Affairs, Deak Shaikh, inquiring about the details of how the simsubs went down and to also include complaints the company received. A similar letter was sent to Rogers’ Regulatory Media VP, Susan Wheeler asking the same thing.

Included in the information requests are sample complaints submitted to the CRTC over the inadvertent cut-off of the final minutes of Letterman’s last show:

On May 21 at 12:35AM, I was watching KREM on Shaw Basic Digital Cable. This was the only opportunity that I had to see the final broadcast of “The Late Show with David Letterman.” This show was not scheduled to end until 1:35AM. At approximately 1:29AM, Shaw suddenly switched KREM over to a simulcast of CTV Two, which was airing a different television show. As a huge David Letterman fan, I was livid to be denied the final minutes of his final show. Since the final moments of series finales are some of the most poignant, I am tremendously upset by Shaw’s actions.

SUBSTITUTION ERROR MAY 21 12:40 a.m. Late Show with David Letterman.  You may have heard of him – it was his last show (evening of May 20/15 starting @ 11:37 pm) The show was to run an extra 20 minutes but Rogers decided they had enough after an hour and wiped-out the CBS Cable 16 signal.  As this is an English language program, you may not be familiar with it but he has hosted a late night talk show since Feb 1982.  The only longer running experience is signal substitution errors by our beloved distributors who are now broadcasters. The fact that OMNI – actually OMNI 2 is allowed under your mandate to broadcast this show is mind boggling but such is the experience of the combined regulator/distributor/broadcaster total disrespect toward the lowly consumer. Please investigate and I will be surprised if you can trot out a different excuse that the one you have been using for 40 years.

Were you impacted by these simsubs and missed the last part of Letterman’s final show?

Earlier this year, the CRTC announced it would ban simsubs for the Super Bowl, starting in 2017, which would most likely impact ad revenues for Bell Media, as it is has distribution rights for the game in Canada.