Lucky Mobile (Bell) and Chatr (Rogers) have launched a Lunar New Year sale, offering a 2GB data bonus for up to 8 months.

“May the Year of the Ox be filled with good fortune! Sign up for a cheap phone plan and get 2GB/mo. of bonus data for up to 8 months on select plans. Offer ends February 28, 2021,” explains the Lucky Mobile website.

You will need a minimum $35 per month plan to qualify for this promo, which offers up to 16GB of bonus data, spread over 8 months.

Chatr says this promo is valid from January 28 to February 22 for new activations: 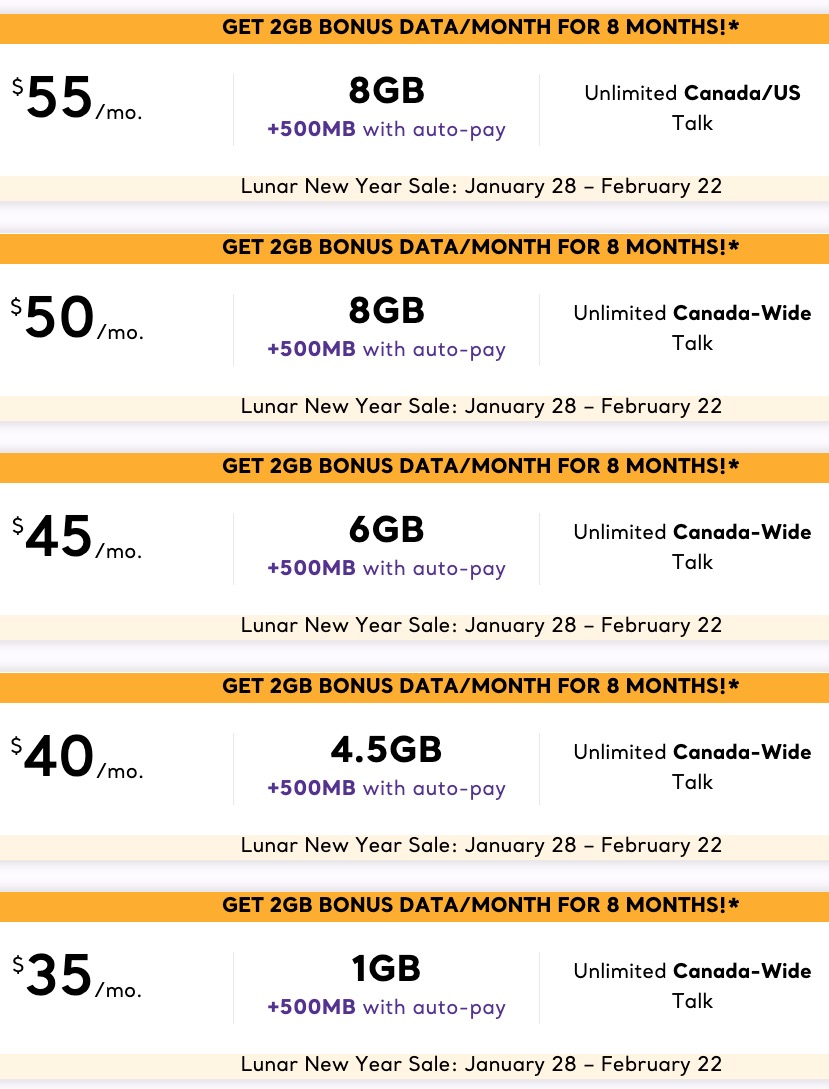 OpenMedia is calling on Innovation, Science, and Industry (ISED) Minister François-Philippe Champagne to take immediate steps to halt the rapid decline of Internet competition in Canada, with the non-profit saying "Internet choice and affordability in Canada approaches breaking point." Even though the federal government announced a new telecommunications policy direction for the CRTC in May, competition...
Usman Qureshi
7 hours ago