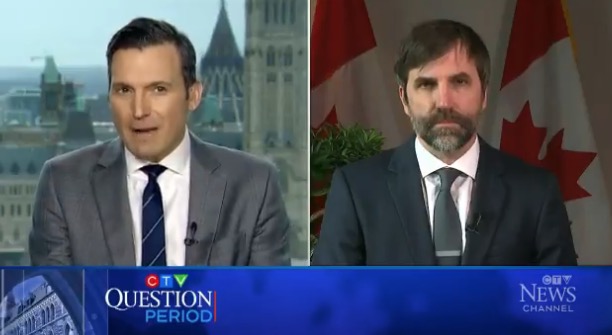 Canada’s Heritage Minister, Steven Guilbeault, told CTV Question Period on the weekend social media users with a large number of followers or views would be subject to CRTC regulation, as they would be deemed broadcasters under Bill C-10, the federal government’s amendment proposal to the Broadcasting Act.

Guilbeault mentioned YouTube channels making revenue with “millions of viewers” as an example and acting like a broadcaster–the CRTC at some point would need to set a threshold on that. “It has to have a material impact on the Canadian economy—that’s what we’ll ask the CRTC to look for.”

University of Law professor Michael Geist, who is also the Canada Research Chair in Internet and E-commerce Law, reacted strongly to the interview, saying, “Unbelievable interview with @S_Guilbeault on Bill C-10. He now says users with large number of followers or views *will* be subject to CRTC regulation, calling them broadcasters too. Bill C-10 treats everyone’s content as a “program” subject to regulation.”

Unbelievable interview with @S_Guilbeault on Bill C-10. He now says users with large number of followers or views *will* be subject to CRTC regulation, calling them broadcasters too. Bill C-10 treats everyone’s content as a “program” subject to regulation. https://t.co/vFzMYpr4NQ

But now Guilbeault has backtracked on his comments, telling CTV News on late Sunday night he used “unclear” language in his interview, saying he “should have been more precise.”

“An individual — a person — who uses social media will never be considered as broadcasters and will not be subject to the obligations or regulations within the Broadcasting Act,” said Guilbeault in his updated statement.

Read this thread and ask yourself if you trust @S_Guilbeault on Bill C-10 and the regulation of user generated content. Now walking back his own statements on the scope of the bill. Past time to hit the reset button. https://t.co/NaEW8ak4O3

Canadian Heritage officials acknowledging what has been obvious for weeks on Bill C-10: Heritage Minister @s_guilbeault doesn’t understand his own bill. https://t.co/1q1KZ7UJe9

Guilbeault’s press secretary Camille Gagne-Raynauld told CTV News on Monday morning those with large followers on social media will not be regulated.

“All regulations or financial obligations will only apply to the platforms, based on the limited and amended powers of the regulator towards social media platforms,” said Gagne-Raynauld. “Accounts run by individuals still fall under the category of people using a platform. Therefore, regulations will not apply to them.”

“The minister could have been more careful using his words in order to reflect what the bill does,” added Gagne-Raynauld.

This is not the first time Guilbeault has had to flip-flop on his comments regarding Bill C-10, or struggled to explain it to Canadians.

The recent uproar over Bill C-10 was due to the fact the Liberal government removed an exception that would have excluded social media from CRTC regulation. The government said last week an amendment is coming to change this, but did not specify a timeline.