Mobilicity has launched a new summer promo for $33 per month which offers unlimited: 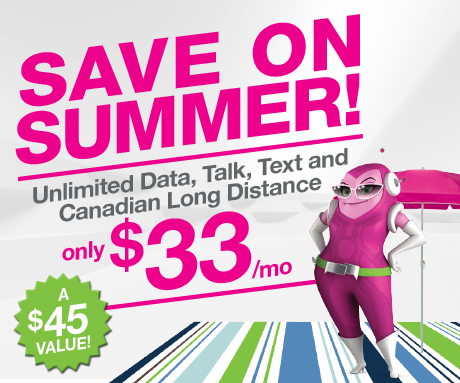 This promo is only available for new activations only.

The company has also announced new domestic roaming rates in Canada starting at $0.04/MB with a new selection of add-ons. For those who add before July 31 you’ll get up to $20 in bonus credits:

Now get Data Roaming in Canada for as little as $0.04/MB with NEW Add-Ons! Add before July 31, and get up to $20 in Bonus My Wallet Credits!

The company continues to launch these types of promos frequently, but the recent $30/month promo back in March seemed to be ‘hotter’ as it included unlimited North America long distance, global text and voicemail.

Unlocked late model AWS iPhone 5 models along with unlocked iPhone 5s and iPhone 5c units will work on Mobilicity’s network. To find out if your iPhone 5 supports AWS, you can follow the steps below:

Mobilicity recently had its creditor protection extended until September 26—the carrier now has 155,000 active subscribers. Let us know if you’re going to jump on this.