Mobilicity Launches Back to School Promo: Unlimited Talk, Text and Data for $29 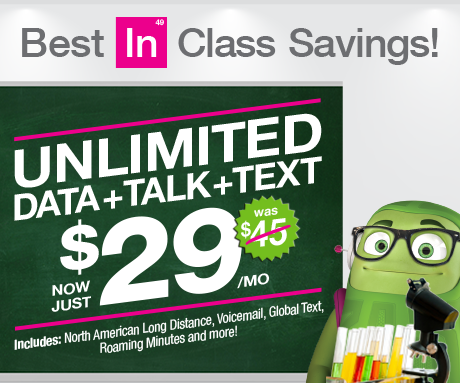 Mobilicity it at it again with their promos, this time targeting students with their following back to school promo, which offers the following for $29 per month:

This price basically is their $45 plan but with a $16 discount, and it available for new activations only. If you have an unlocked late AWS iPhone 5, iPhone 5s or iPhone 5c, your device will work on Mobilicity.

For those with an iPhone 5, here’s how to check if your phone will work on the network:

Mobilicity was recently granted an extension to its creditor protection to September 26, as the company continues to struggle to stay afloat. Bill Aziz, Mobilicity’s chief restructuring officer, said the company was expected to hit 155,000 active subscribers by the end of June.

The wireless entrant is ripe to be acquired, with rumours pointing at either WIND Mobile or Quebecor taking a stab at the company. Let us know if you’re going to jump on this!

Here are the latest Canadian cellphone plan and device deals, plus other promos from wireless carriers such as Rogers, Telus and Bell, from our partner PlanHub. As always, the promos may change at the last minute, but here they are as of Wednesday, November 30, 2022. Check them out below… Bell Noticeable price changes: Get iPhone 14 […]
IIC Deals
6 mins ago

Canada's Commission for Complaints for Telecom-television Services (CCTS) today published its 2021-22 Annual Report. The CCTS is a national and independent organization dedicated to resolving customer complaints about telecommunications and television services, fairly and free of charge. It deals with complaints regarding billing errors, compliance with contract terms and commitments, service delivery, credit management, and...
Nehal Malik
4 hours ago