If you’re in Toronto right now, Mobilicity is offering free worldwide long distance calls inside a promotional snow globe tent in Yonge-Dundas Square. The 24 foot high snow globe is open today until 8pm and tomorrow from 9:30am to 7:30pm for free worldwide calling to loved ones. No word on how long your calls can be but expect there to be a limit.

Let us know if you end up popping inside the snow globe for free calls! 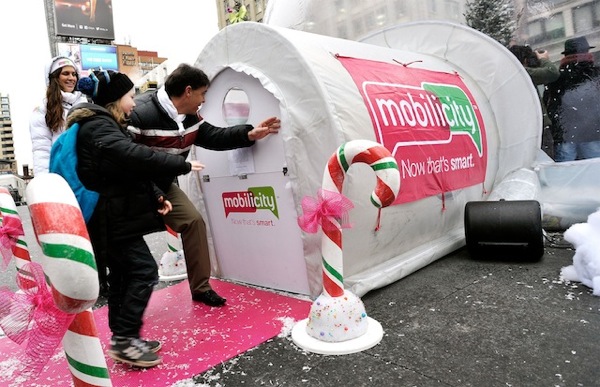 Mobilicity, a relatively new wireless entrant was recently embroiled in a lawsuit with TELUS, over allegations by the latter their TV ads were misleading.

Here are the latest Canadian cellphone plan and device deals, plus other promos from wireless carriers such as Rogers, Telus and Bell, from our partner PlanHub. As always, the promos may change at the last minute, but here they are as of Wednesday, October 5, 2022. Check them out below… Bell Noticeable price changes: Get a […]
IIC Deals
22 hours ago