With its recently rebranded “4G” network, Manitoba wireless carrier MTS was able to launch a series of new mobile devices such as the BlackBerry Torch, Nokia Surge, BlackBerry Bold 9780, and the Android Motorola Spice.

However, many Manitobans have been waiting for the iPhone 4! In February, MTS announced that they would launch the iPhone 4 in the “coming months”. It was tough to pin down a date, but most expect an iPhone 4 release before May 2011.

As we get closer to the summer, MobileSyrup reports that MTS has started its iPhone 4 training. It’s difficult to say when this training actually began, but we can safely say it was sometime in the last 30 days. This could point to an April/May 2011 release schedule. 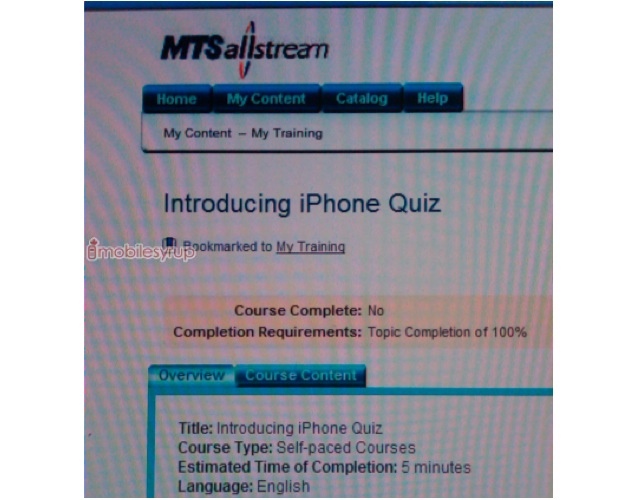