Residents of Swan River in Manitoba will be happy to hear MTS has officially announced the launch of their LTE network there, to allow download speeds of up to 150Mbps. The regional carrier has launched LTE in Dauphin, Falcon Lake, Jessica Lake, West Hawk Lake, Gimli, Hecla, Altona, Winkler, Thompson and Morden so far in 2014.

Below is an updated map showing LTE coverage in Swan River: 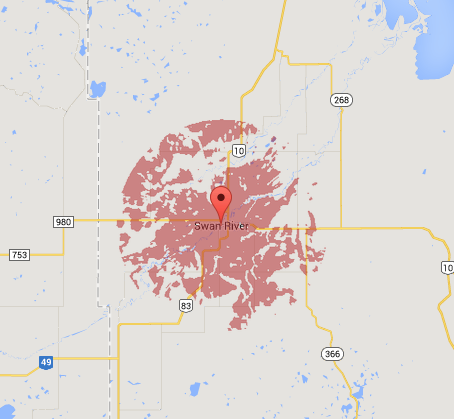 MTS says over 850,000 Manitobans are within LTE coverage and reaches 97 percent of the population. Later this month MTS will officially launch sales of cellular iPads.