MTS has announced its HSPA and LTE network has finally expanded to Piney, Manitoba.

MTS CEO Jay Forbes said in a statement “The Piney expansion adds to the MTS wireless network which now covers 98% of the population in Manitoba.” The company says nearly $1 billion has been invested over the past five years “to ensure that Manitobans continue to have access to world class communications and information technology services.” 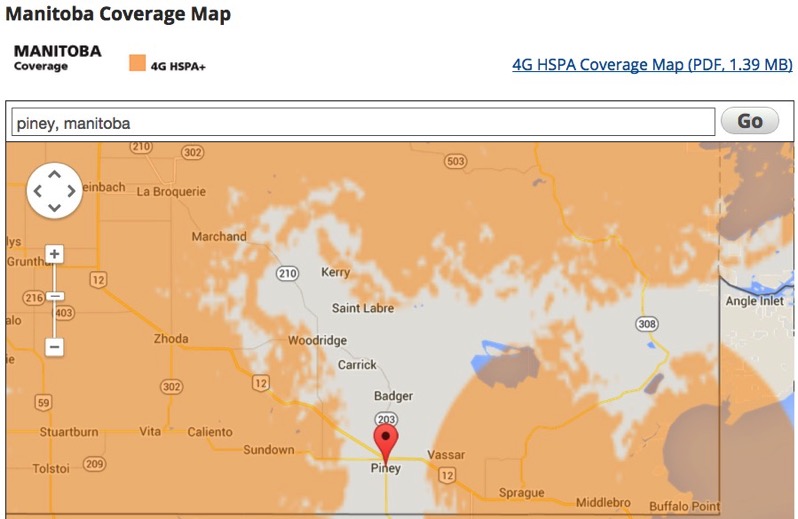 Provincial Minister of Finance Greg Dewar said “Our government has committed to increase cellular service to rural Manitoba so hometown businesses, families and young people can succeed in one of Canada’s fastest growing economies.”

Over 1 million residents in Manitoba now have access to the MTS 4G LTE wireless network; last year 30 rural communicates gained access to the network, as part of recent expansions. The plans to bring 4G LTE to Piney were first announced last August.