MTS iPhone users have long used their iPhones without Visual Voicemail, one of the main features of the iPhone when it first debuted in 2007. The carrier’s own Visual Voicemail page still states the feature is coming soon:

Stay tuned for the launch date for Visual Voicemail for iPhone. 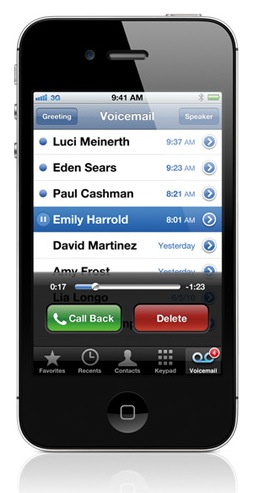 Well, that has all changed as according to iPhoneinCanada.ca reader Fred G., the feature went live yesterday and appeared on his iPhones.

Visual Voicemail allows users to view and play back messages with one tap, plus also scrub forward or back easily. Below is Steve Jobs introducing the feature back at Macworld in 2007:

Let us know if you are now seeing Visual Voicemail on your iPhone on the MTS network.