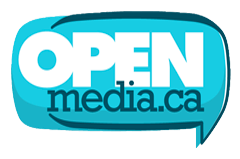 OpenMedia.ca is a Vancouver-based non-profit dedicated to advocate for affordable internet and wireless access in Canada. Steve Anderson, the founder of OpenMedia.ca was recently on the CBC’s Lang and O’Leary Exchange to talk about the state of the cellphone industry in Canada. Check out the clip below:

The interesting part of the interview? Kevin O’Leary admitted it was cheaper for him by 66 per cent to roam on his Verizon cellphone in Canada, instead of using his cellular plan from an incumbent. Something’s wrong with that picture!

Let us know what you thought of the interview in the comments.

Back in March, OpenMedia.ca released a 59 page study that revealed Canadians are unhappy with the service provided by our incumbents, in particular high prices, disrespectful customer service and long contracts.