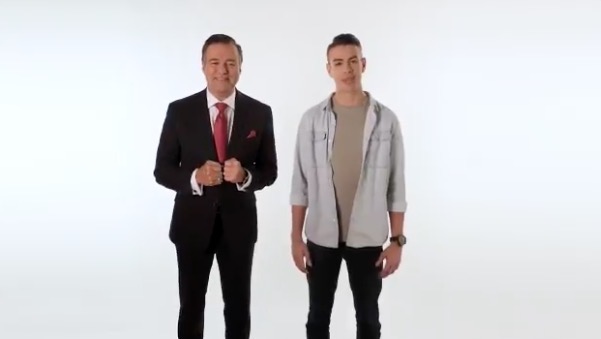 Samer Bishay, President and CEO of Iristel (and Ice Wireless and Sugar Mobile), recently shared a teaser of an upcoming video set to be released, detailing Canada’s wireless ‘oligopoly’.

“A skunkworks project I’ve been working on & I feel the time is almost right to release & start a movement against the oligopoly we got. Here’s a teaser video but I won’t release the whole thing yet,” explained Bishay on Sunday evening.

A skunkworks project I’ve been working on & I feel the time is almost right to release & start a movement against the oligopoly we got. Here’s a teaser video but I won’t release the whole thing yet.@ISED_CA @CRTCeng @MichelleRempel @NavdeepSBains @sugarmobileinc @iristel @CPC_HQ pic.twitter.com/L33tK3bKP7

The video is a parody of Apple’s classic ‘Mac vs PC’ television ads from the 2000s, starring actor Justin Long as the ‘cool’ Mac and John Hodgman as the ‘nerdy’ PC. These were some great ads. Check them out below:

In the video shared by Bishay, the Mac character is represented by a Canadian wireless subscriber “asking for competition”, while the PC is a “humungous telco, charging Canadians obscene wireless rates.”

“You know I’ve always wondered about that. It seems like I pay a lot of money for a pretty simple service—I mean a lot of money,” says the Canadian wireless subscriber.

“Absolutely. And we have plenty, yes siree,” the telco shoots back.

“There are three of you. You dominate different regions and you set fixed prices. High. Way high fixed prices. You know, you keep this up and Canadians might start network,” fires back the wireless subscriber, with the last sentence cut off as part of the 35-second teaser.

On the weekend, the federal government quietly announced the CRTC may have erred with its lower wholesale rate decision, essentially siding with telecoms over the matter.

Update: Bishay told iPhone in Canada the following statement in regards to Ottawa siding with telecoms on wholesale internet rates:

“Contrary to what the incumbents have convinced the governor in council with, there is no such thing as a balancing act between price and investment in building a next-generation network if there was true competition. True competition means you push for all metrics and just expect a longer return on investment. Period.”