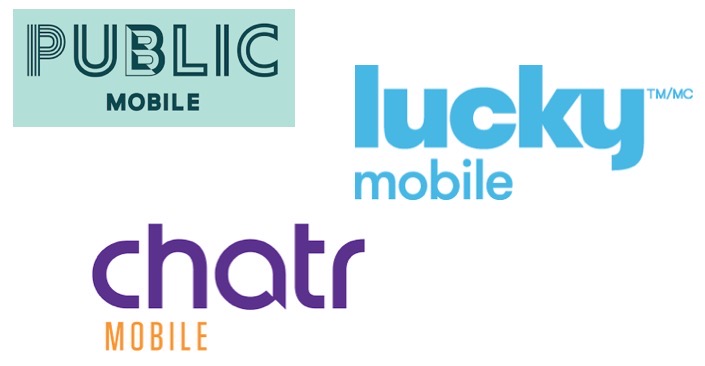 The Canadian wireless tango continues, as the prepaid brands of Rogers, Telus and Bell are all offering the same promotion for new activations in the form of one month free credits, for select plans.

Telus-owned Public Mobile has another flash sale, offering new activations their second month free. In order to get the deal, you must enter your email and subscribe to the company’s emails. The deal is available online and in-store.

Bell-owned Lucky Mobile says “Our sale is flying by fast! Sign up for a cheap phone plan today and get one month of free service.” The credit will be applied to your second month of service and equal to your rate plan before taxes. Available online and in-store.

Rogers-owned Chatr is also offering one month of free credits—but there’s a catch as they’ll be spread out over three months. The free credits only apply for new activations on talk, text and data plans of $40 per month or higher.

Chatr gives an example of how credits are applied on your second anniversary date, if you have a $40/month plan: “$14 credit on second Anniversary date; $13 credit on third and fourth Anniversary dates.” This means new activations must stay with the company for at least three months to claim their free month’s credit.

All three prepaid companies note on their websites this flash sale/promo only goes from August 28-31, 2020.