Back in April it was announced the new Quebec City Arena being built will be named The Videotron Centre, part of hopes by Quebecor to bring an NHL team back to the city. 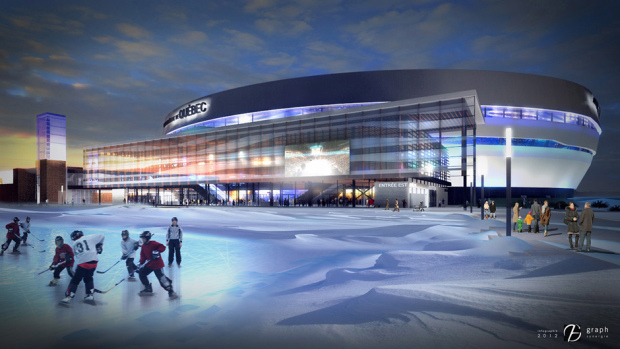 This morning Videotron announced on Twitter the company had “submitted our candidacy for the NHL expansion process in order to bring the Nordiques back to Quebec City.”

We confirm that we submitted our candidacy for the #NHL expansion process in order to bring the #Nordiques back to #Québec City.

Some critics say it will be difficult for Quebec City to support an NHL team given the tough economics of maintaining a team in a city of only 700,000. Another potential city ripe for NHL expansion is Las Vegas, as the city’s ongoing ‘Vegas Wants Hockey’ drive has already passed 9,000 season ticket commitments.

If Quebecor does land the rights to an NHL team, expect mobile streaming to benefit Videotron customers in some way, shape or form. Rogers currently owns all NHL rights in Canada, part of a major $5.2 billion, 12-year deal announced in late 2013.

Here are the latest Canadian cellphone plan and device deals, plus other promos from wireless carriers such as Rogers, Telus and Bell, from our partner PlanHub. As always, the promos may change at the last minute, but here they are as of Wednesday, October 5, 2022. Check them out below… Bell Noticeable price changes: Get a […]
IIC Deals
7 hours ago