President and CEO of Quebecor Pierre Karl Péladeau, along with the CEOs of Videotron and TVA Group, recently revealed his company’s plans to fully electrify its vehicle fleet by 2024. The Montreal-based company’s plan includes purchasing electric cars and converting light trucks from internal combustion to electric engines. 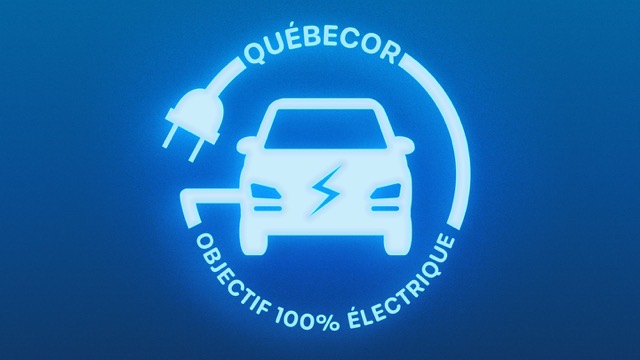 “Business has an important role to play in tackling climate change,” said Péladeau. He continued that Quebecor’s transportation electrification plan will eventually extend to almost all of its 1,100 vehicles, which already include nearly 30 electric cars.

Between now and 2024, more than $14 million will be needed to assure a transition of nearly 200 Videotron vehicles, purchase electric charging stations and upgrade infrastructure. Achieving the 100% electric goal will reduce Quebecor’s greenhouse gas emissions by more than 50%:

“Quebecor has always been a pioneer in its fields of activity and in many social spheres. Today, we are proud to expand our commitment by participating in Québec’s energy transition to a sustainable economy. This process will guarantee responsible management of Quebecor’s fleets: among other things, it will increase the useful life of our light trucks and reduce our greenhouse gas emissions by switching to hydroelectricity, one of Québec’s greatest collective natural assets.”

Péladeau noted that other Quebecor subsidiaries that operate vehicle fleets will also be an integral part of this electrification plan.

Darren Entwistle, President and CEO of Telus, wants Ottawa to relax foreign-ownership rules for large telecommunications companies — reports The Globe and Mail. Entwistle has asked the same of the federal government in the past, but he is now renewing his argument as the Canadian telecom scene goes through a new wave of consolidation with...
Nehal Malik
8 hours ago