Rogers and Bell right now are offering up some promotional plans with ‘unlimited’ full speed data, at the price of $65 per month for 15GB.

The promotions note the price is normally $80/month for 15GB, but new customers can get the $65/15GB promo if they bring their own phone or activate a new smartphone. 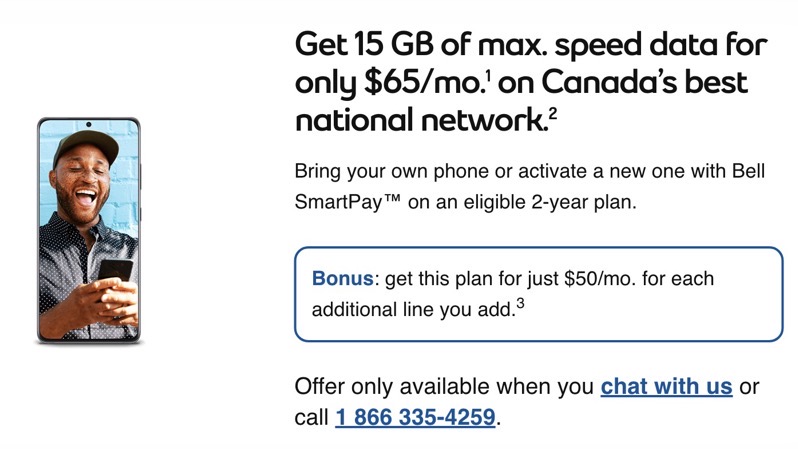 Bell says its $65/15GB promo also is only for new customers that bring their own device or activate a new smartphone on contract. Speeds beyond your 15GB data will be throttled to 512 Kbps, while a $45 Connection Service Fee applies. You can get this promo by calling Bell or chatting with them online.

As of writing, Telus does not have a similar $65/15GB offer right now for customers, but you can get that will change soon.

Right now, all three carriers are offering a double the data offer on entry ‘unlimited’ data plans, priced at $80 with 30GB of data.