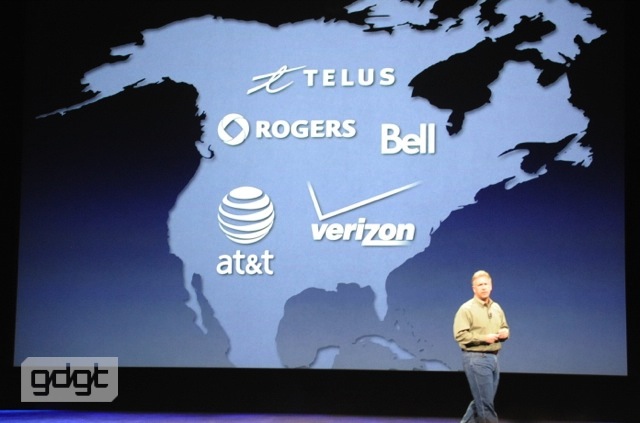 A recent article by the Vancouver Sun highlights what Canada’s ‘Big 3’ carriers are doing to prepare for the proliferation of the smartphone and consequently the high speed wireless networks that come with it. Thirst for data originated with the first iPhone–which disrupted the existing leading smartphone manufacturers such as Motorola, RIM and Nokia at the time in 2007. Today, these former leaders are now fighting for their survival in a cut throat mobile industry.

Last year, Rogers, Telus and Bell spent a combined $1.1 billion on R&D and are constantly preparing for the future, in particular the ‘next’ tech on the horizon. Rogers has invested $625 million since 2007 in B.C. alone, according to Gord Nelson, their BC vice president.

Telus has approximately 600 full-time R&D employees and 3200 others involved directly in its core communications network, with $900 million spent on R&D since 2009. Eros Spadotto, Telus executive vice-president for technology strategy and operations admitted the company is already testing LTB or LT advanced, the next generation of long term evolution (LTE) networks in their labs:

“We’re deploying our LTE network right now and, believe it or not, we’re already toying with LTE release 10 or some people call it LTB or LT advanced. That’s already in our labs. The market has created such an insatiable need for this bandwidth connectivity that we are somewhat on a technology treadmill right now. It won’t end.”

Wade Oosterman, Bell Mobility and residential services president noted having enough spectrum will be the key to maintaining industry growth. The Federal Government will soon hold a 700MHz spectrum auction and also recently introduced changes to foreign ownership of telecoms in Canada.

Even though Canadians complain about our wireless carriers, you have to admit our ‘Big 3’ carriers do provide a vast network that continues to keep up with the latest tech. Evidence of this is the debut of LTE networks in Canada that were exclusively included as part of the new iPad launch in North America. The next ‘iPhone 5’ is expected to support LTE and sport a 4-inch screen, rumoured to launch again this October.

How do you find the LTE networks of the ‘Big 3’ so far?