Ahead of the 2015 Pan-Am Games set to take place in Toronto next July, Rogers and Bell want to install a cell tower at the Caledon Pan Am Equestrian Park, reports the Caledon Enterprise:

A report at council on Tuesday said the town received an application over the summer for a 50-metre-tall shrouded tripole tower with two associated equipment cabinets in a chainlink fence enclosure. It would sit on the Pan Am site at 200 Pine Avenue.

The proposed location puts the tower next to the entrance to the Pan Am game site, and a neighbouring woodlot. The town reports it will be set back 59 metres from Pine Avenue and 170 metres from the nearest residential unit. 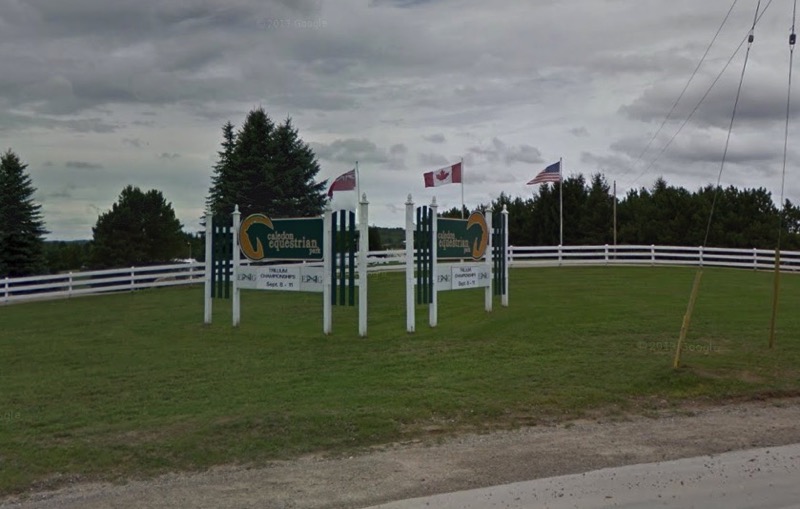 There’s a gap in coverage in the area, hence the proposal to install another cell tower, which will be shared by both wireless carriers. The town has met with both Rogers and Bell to have talks about the possibility of including a fibre optic link.

Coverage maps for the area from Rogers and Bell indicate the area is covered by LTE networking, but the fine print reads “Actual coverage area may vary from map graphics.”

While the town can make comments on the proposal, such as a councillor’s request of whether evergreens would be used to disguise the tower like those seen in Muskoka, Industry Canada has the final say on the matter.

Ensuring fast and proper cell coverage during a popular sporting event would mean more data usage by customers, particularly visitors willing to use data roaming on Rogers and Bell, seen as a lucrative source of revenue for carriers.