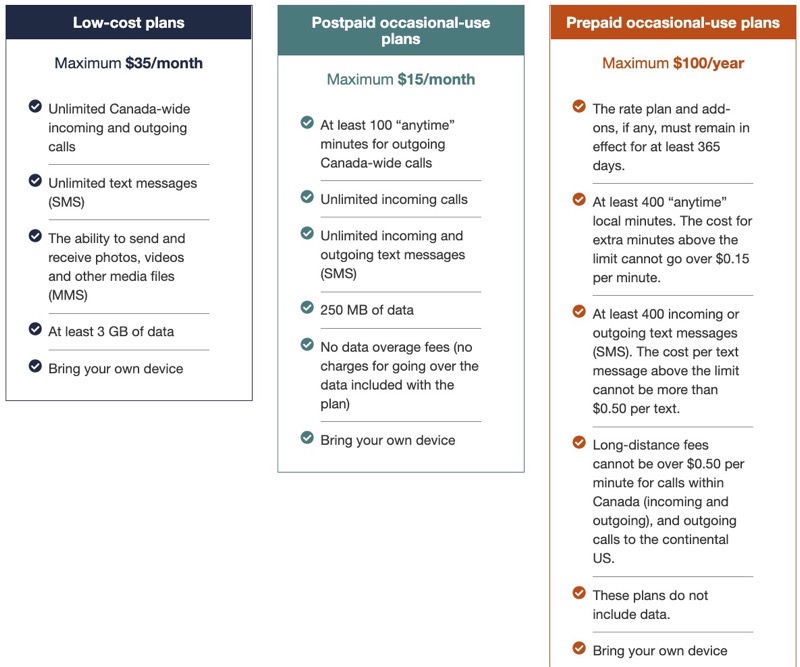 Canada’s largest wireless carriers have debuted low-cost and occasional-use wireless plans, as directed by the CRTC. These plans were expected to debut on July 14, 2021, on carrier websites, but they are hard to find as they are not being advertised as such.

“The CRTC wants Canadians to have better access to affordable wireless services for their cell phones and other mobile devices,” explains the Commission’s website. “We are therefore expecting Bell, Rogers, Telus and SaskTel to offer and promote low-cost and occasional-use plans. These providers are expected to offer the following by July 14, 2021.”

Aside from SaskTel, the Big 3 carriers in Canada have three wireless brands each, so it takes some time to browse their complex websites to pin down these plans. We can confirm wireless carriers have launched low-cost plans as promised by the CRTC.

For the postpaid plans though, when you head to ‘Build Your Own Plan’ and the first part ‘Select Data Option’ you need an extra click over to the ‘Basic’ tab to see them: 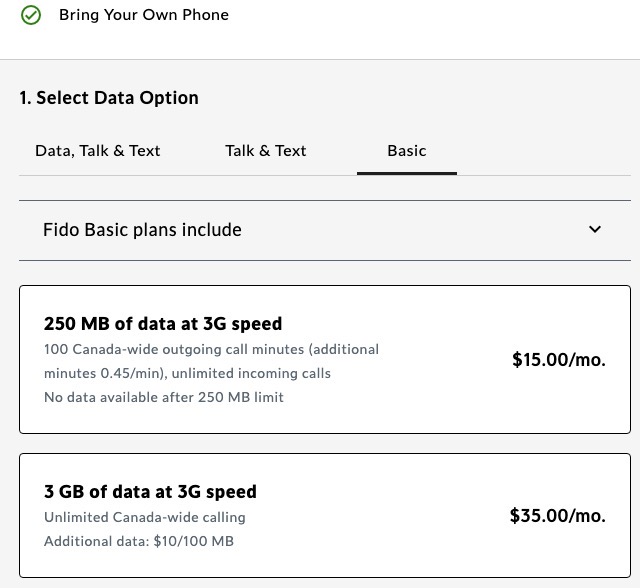 Bell-owned Lucky Mobile has the $35/3GB plan (3G speeds) and the $15/250MB plan, blended into regular plans on its website. We had to stitch the plans together for the screenshot below: 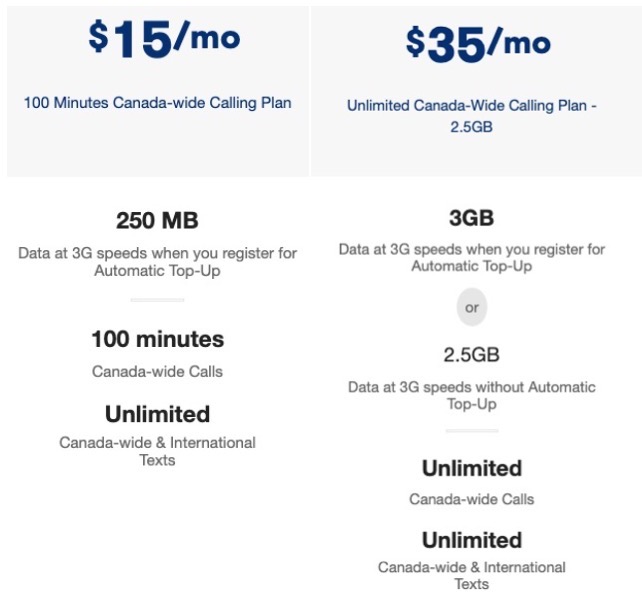 Telus-owned Koodo has the clearest indication of where these new plans are, showing ‘Starter Plans’ (albeit at 3G speeds) on its regular plans page in a different colour, indicating they are different from the rest: 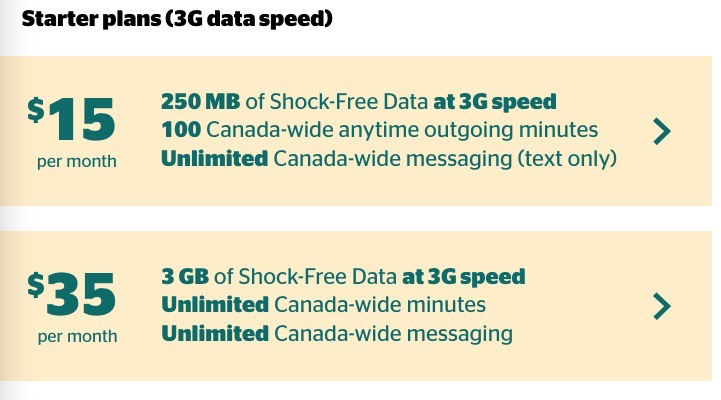 SaskTel also has these new plans clearly laid out under the Talk + Text + Data plans section of its website:

The CRTC started promoting these low-cost plans were coming from these carriers in late June, which some thought was a possible conflict of interest, offering free advertising for major telcos.

What do you think of these low-cost plans from wireless carriers, as directed by the CRTC? Low-cost plans have come a long way since 2018 though.