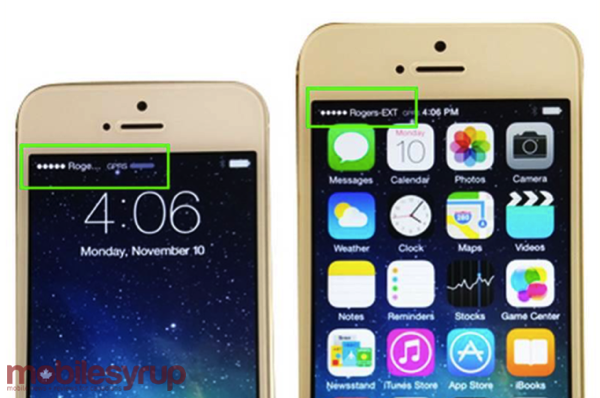 The internal document comes from Rogers and reveals that Canada’s biggest carrier will be introducing “Extended Coverage” by the end of this month, or by the end of February at the latest. Since domestic roaming agreements were already signed between Rogers, Bell, TELUS, and Videotron, it was just a matter of time before the carrier started extending coverage and offering a better customer experience in areas with poor service.

“We are committed to bringing the best possible network experience to our customers. To let customers use their devices in locations they couldn’t before, we are partnering with other network providers to offer Extended Coverage at no additional charge,” the Rogers document reads.

When the extended network goes live, Rogers and Fido customers will be notified that they are practically using another carrier’s network with a new carrier title, “Rogers — EXT” and “Fido — EXT.”

SaskTel announced on Wednesday it will waive long distance and text messaging fees from Canada to Turkey and Syria, to allow customers to stay in contact with friends and family affected by the recent devastating earthquake. “Our hearts go out to everyone who has been impacted by the deadly earthquake that struck Syria and Turkey […]
Gary Ng
38 mins ago

Here are the latest Canadian cellphone plan and device deals, plus other promos from wireless carriers such as Rogers, Telus and Bell, from our partner PlanHub. As always, the promos and plans may change at the last minute, but here they are as of Wednesday, February 8, 2023. Check them out below… Bell Noticeable price changes: Samsung […]
iPhoneinCanada.ca
4 hours ago

Vancouver, B.C., resident Erica Phillips last week was finally able to rid herself of the daily calls from collections agencies hounding her to pay hundreds of dollars owed on a Bell Mobility account that had been fraudulently created in her name by someone who stole her identity — reports the CBC. "It's a huge sense of...
Nehal Malik
7 hours ago