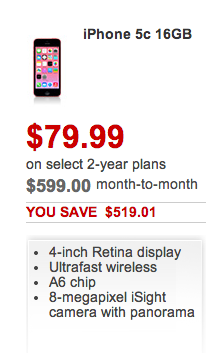 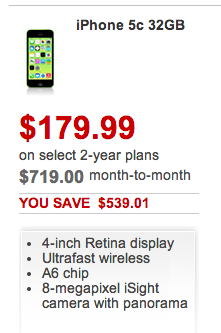 Do note that with Rogers, if you add a smartphone to any Share Everything plan on a 2-year term, you can get 50% off the device price, and it’s applicable to iPhones.

Also, Virgin Mobile similarly dropped the price of the iPhone 5c as well: 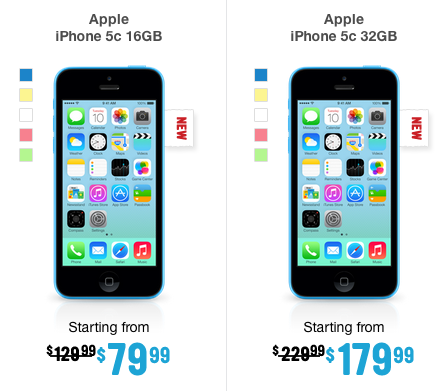 This morning, Telus also updated their website to note the sale on the iPhone 5c as well, offering $50 off both 16GB and 32GB models.

Koodo also dropped the price of the iPhone 5c to start at $75 with a Tab Large subsidy.

There you have it folks. The wireless tango is alive and well in Canada. Let us know if you’re going to jump on this!