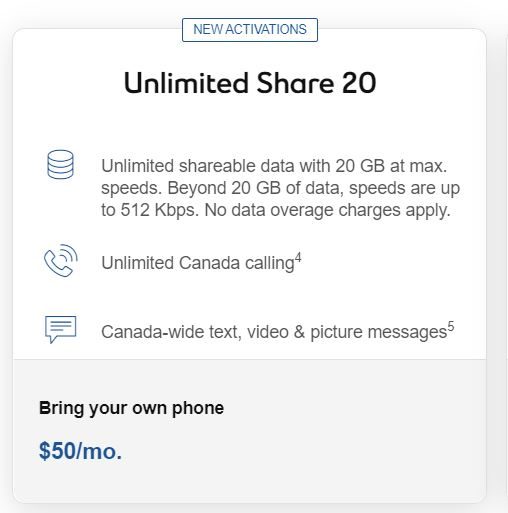 In late October, Telus launched a $50/20GB ‘unlimited’ data plan as part of its exclusive partner program (EPP), available for employers to offer to employees.

These $50/20GB plans for bring your own device customers offer full speed 5G data, but once your data allotment is used, speeds are throttled to 512 Kbps. There are no data overages for the plan, which also includes unlimited Canada-wide calling, messaging and the usual extras.

Currently, regular prices for ‘unlimited’ data plans are as follows for 20GB of data, for those without access to EPP promos:

So EPP plans are offering anywhere from $20 to $30 per month savings versus retail prices.

It’s worth noting Telus pointed out its EPP promo is not available to all companies, and only “select organizations”, so as always, these promos may vary depending on your employer.

It’s best to check with your employer and their EPP online portals to see if these special plans are being offered. With Black Friday coming at the end of November, it’s unclear if these plans will get any better or not.