Late last month, Bell launched a promo in Quebec, offering its $65/month Share Plan with 10GB for BYOD, or $70 per month with the Canada-wide calling option.

Fast forward to March, and now Rogers and Telus have matched Bell’s plan in Quebec, by also discounting their premium shareable plans. 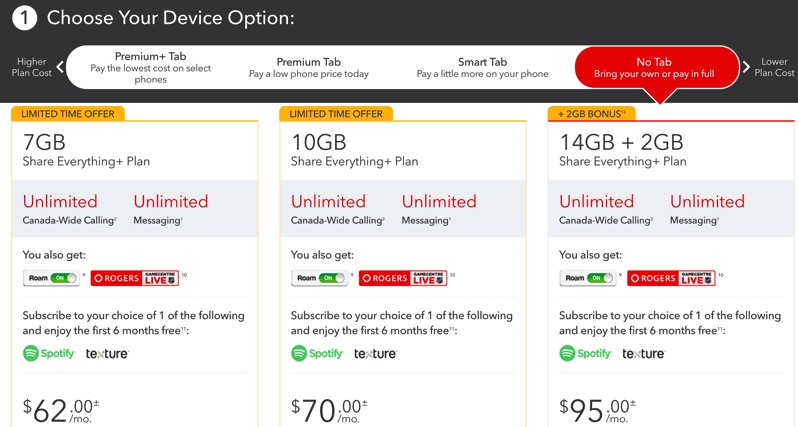 The simultaneous price match by the ‘Big 3’ is most likely a response to regional carrier Videotron, which is currently offering double the data on its Premium plans, with a 10GB plan priced at $63.95.

Quebec (along with Manitoba and Saskatchewan) gets all the fun, as recently Koodo also debuted promos in the province, with BYOD plans at $49/6GB and $56/8GB.

If you’re on share plan with Rogers, Telus or Bell, call in to make the change to this plan if it’ll work out better for you.