When Apple announced the iPhone 6 and iPhone 6 Plus, it also reduced the price of the existing iPhone 5s to $99 (16GB and 32GB only) and iPhone 5c to $0 (8GB only) on contract in the U.S. But that doesn’t necessarily always translate to the same pricing in Canada, as we’ve seen with unlocked prices here. 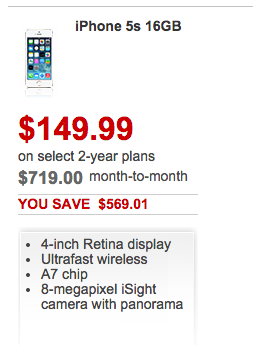 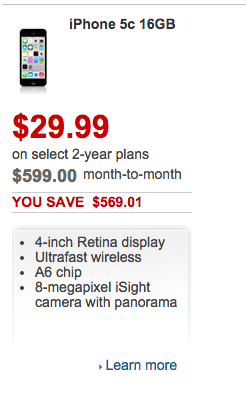 With Fido, the 8GB iPhone 5c has not arrived—yet: 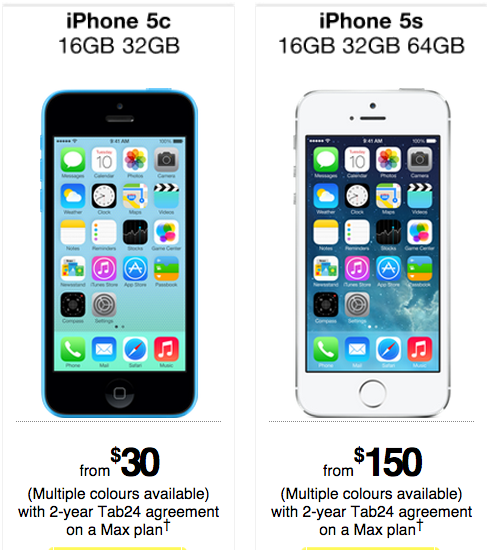 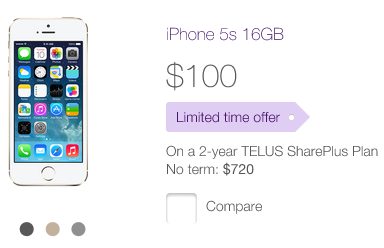 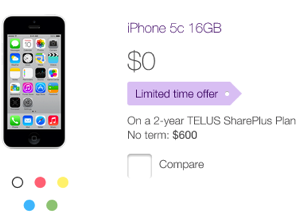 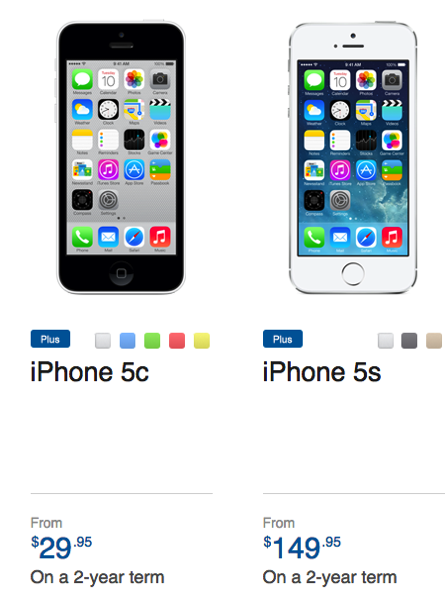 …and here are Virgin Mobile’s prices—note the 8GB iPhone 5c is not here yet either:

SaskTel has the iPhone 5c at $0 and the iPhone 5s at $98.99, which reflects the prices Apple had mentioned:

If you’re set on signing a contract for an iPhone 5s or iPhone 5c, some better deals might come around the holiday shopping season, in particular around Boxing Day. So you might be better off waiting.