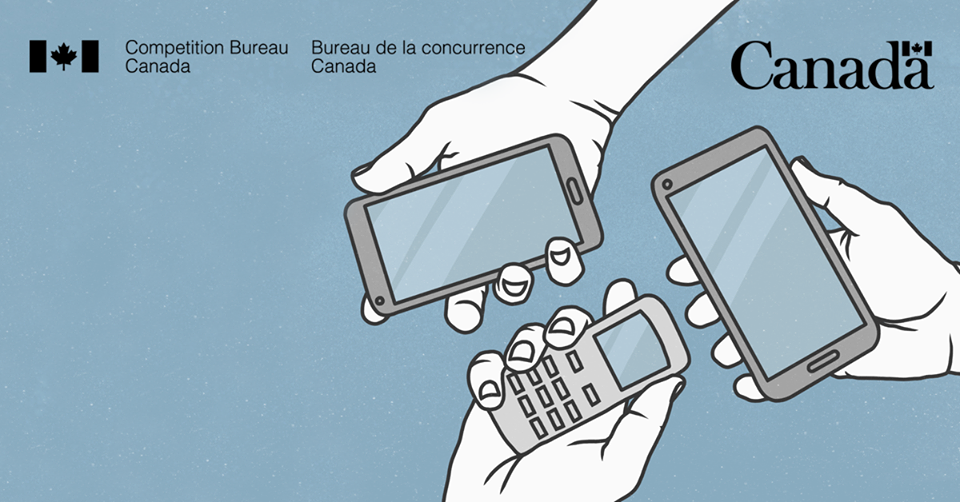 What the Bureau says will lower cellphone plans in Canada, is not exactly rocket science. The Bureau says incumbents Rogers, Telus and Bell need more regional competition in order to lower wireless pricing. The submission echoes its findings from last fall.

“Prices can be more than 50% lower for all cell phone users in markets where there is strong competition from regional carriers,” including the likes of Freedom Mobile and Videotron, said the Bureau’s press release. These savings would be far greater than what potential savings from recently introduced “unlimited” data plans, says the Bureau.

“Canadians now more than ever rely on their wireless services to work, learn, shop for essential products and services, and connect with friends and family. Our recommendations in this proceeding provide an evidence-based approach to increasing competition. Effective competition is key to delivering lower prices, more choice, and high-quality networks,” said Matthew Boswell, Commissioner of Competition, in a statement.

“This model represents an incremental, time-limited policy to incentivize and accelerate the expansion of regional carriers so that they can quickly deliver lower prices and greater choice to more Canadians,” explains the Bureau.

Canada's GDP could be reduced by an estimated $10 billion within the next 5 years if our country’s facilities-based wireless carriers are required to grant access to MVNOs, according to a recent @PwC_Canada report. #CDNpoli #CDNtech #CRTC

Of course, wireless incumbents oppose any MNVO policy. A recent PwC Canada report being pushed to media outlets and on social media this week by wireless carriers such as Rogers and the CWTA–the industry’s lobby group–cites Canada’s GDP possibly being reduced by $10 billion over five years, if MVNOs were implemented.

Prime Minister Justin Trudeau previously said his government will “honour” its 25% price cut for cellphone bills promise, as part of the Liberal Party’s re-election campaign. The price cuts, according to Industry Minister Navdeep Bains, will be implemented by December 2021.

An expert witness hired by Rogers in its ongoing Competition Tribunal hearings against the Competition Bureau testified on Friday that the proposed sale of Shaw-owned Freedom Mobile to Quebecor's Vidéotron will create a "near-national" fourth wireless operator capable of competing with the Big Three (via the Financial Post). Rogers and Shaw have offered to sell...
Nehal Malik
15 hours ago