Rogers and Telus Fight Police Over Disclosure of Customer Data [u]

A ruling expected for Thursday will decide whether police sweeps of cellphone data in “tower dumps” violate the Charter of Rights and Freedoms, CBC News reports. Ontario Superior Court Justice John Sproat will rule in the case brought by Rogers and Telus, who argue that the police are violating Canadians’ privacy by making sweeping requests for “tower dump” records. 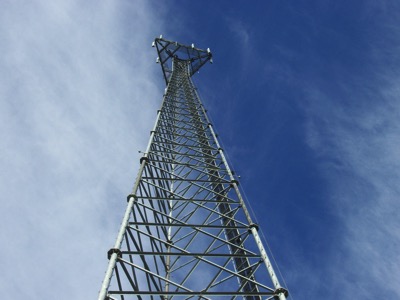 Tower dump stands for the practice of demanding a huge amount of cell phone location info – think up to hundreds of thousands of data points – in an effort to identify a few suspects.

“This technique involves the police accessing the records of a substantial number of individuals, virtually all of whom are not suspected of any wrongdoing or are even of interest to the investigation,” lawyers Scott Hutchison and Christine Mainville said in their court submission.

“If not contained within reasonable parameters, these orders will allow police to obtain and retain potentially huge volumes of confidential information without proper grounds.”

As mentioned above, the case was brought by Rogers and Telus, which argued that police requests for such records that cast too broad a net breach their customers’ privacy. The case was originally triggered by a Peel Regional Police investigation into a series of jewelry store robberies in 2014.

The police got a court order for six telcos to provide customer information for all voice, text, and data usage routed through 21 cell towers at given time periods around the robberies. Rogers and Telus, however, asked a higher court to overturn the order, saying it was the most extensive police demand for customer data ever received.

While The Crown acknowledged that it had gone too far and the court order was later withdrawn, the case over the constitutionality of the practice went further. Of course, The Crown is urging the court not to impose tougher restrictions on tower dump requests than those for wiretaps, but it is now up to Justice John Sproat to have the final word in the matter.

Update: Justice John Sproat of the Ontario Superior Court of Justice in Brampton has ruled that there was a breach of the Canadian Charter of Rights and Freedoms in “tower dump” production orders, reports the Globe and Mail.

The judge found the disclosure of personal information required by the orders went “far beyond what was reasonably necessary to gather evidence concerning the commission of the crimes under investigation” and concluded it was a breach of the Charter rights of the Rogers and Telus subscribers.