Rogers has launched a new promo where customers can get 2500 Rogers First Rewards points if they sign up for Next Issue, the unlimited magazine service which offers over 100 magazines, starting at $9.99 per month. 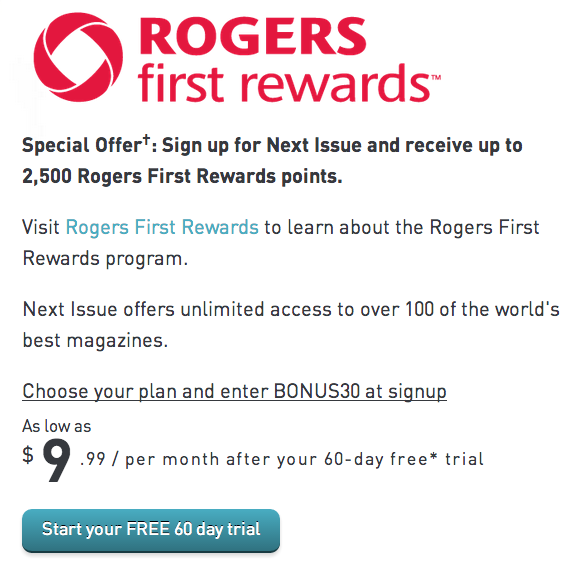 Next Issue comes with a free 60-day trial, and once you sign up you should get your promotional points.

Below is the rewards structure for Rogers First Rewards:

Earlier this summer, Rogers added National Geographic and more to the Next Issue library. Let us know if you’re going to jump on this if you’re a Rogers First Rewards points collector.