Chatr Spring Promo: Sign Up for Autopay, Get $80 in Credits Plus Free SIM

Rogers’ budget brand Chatr Wireless is currently running a spring promotion where users can get $100 in credit which includes a free SIM card (worth $20) if they sign up for Autopay (automatic refills).

Free up more of your time with auto-pay and you can earn up to $80 in bonus credits! Use the time to nap and make money while you sleep! 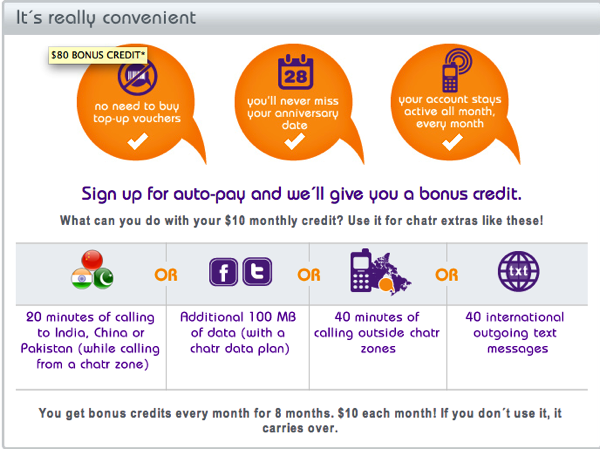 The $10 credit for 8 months can essentially cut the $20/month Unlimited Local Talk plan in half for unlimited talk in your home zone for those who only use voice. Bonus credits will carry over to the next month if they aren’t used.

If you bring your own device you’ll get a free SIM card worth $20, taking the total credits up to $100. Something to look into if you’re not into paying for data and only rely on Wi-Fi.