Rogers-owned Chatr Wireless has announced this morning their in-zone talk, text and data plans have expanded to 10 new locations across Canada. 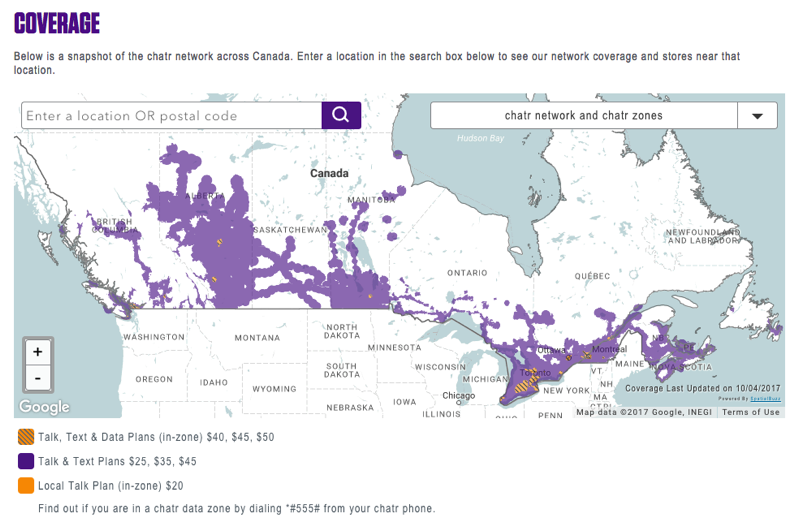 The new locations include:

Chatr explains when customers are in any of these 17 zones, they will have all services available to them from their plans. Users can dial *#555# from their phones to see if they are in chatr data zones.

Various chatr Talk, Text and Data plans (In-zone) offer options such as unlimited Canada-wide talk and unlimited global SMS/MMS, with 3G data plans starting from $40 per month for 2GB, up to $50 per month for 6GB.

Back in February, chatr launched Data Plus, a one-time data top-up feature for customers to purchase more data, once they’ve reached their monthly data limits.